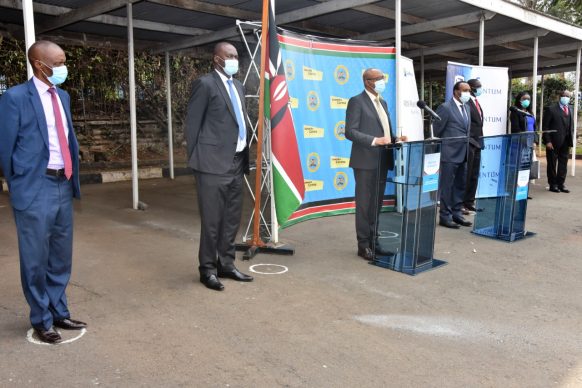 The Ministry of Health Kenya has recorded another high of Covid-19 Coronavirus cases in the country after 213 people tested positive.

The positive cases were drawn from 6,024 samples tested in the last 24 hours, bringing the total number of positive cases to 4,257. Cumulatively the government has carried out 130.498 tests so far, the Chief Administrative Secretary (CAS) for Health, Dr Rashid Aman announced today during the daily COVID-19 update briefing held at Afya House.

The country also lost the highest number of people to COVID -19 in a single day after 10 people succumbed to the disease in the last 24 hours bringing the total number of fatalities to 117.

“From the data that we have been providing, it is evident that the numbers of infections especially in Nairobi Westlands, Kibra, Langata, Embakasi and Dagorreti, have been rising. This situation should be of concern to all of us, particularly, residents of these areas. It requires serious soul searching by residents of these estates, on what they are not doing right.  Could it be that the containment measures are not being adhered to,” Dr Rashid noted and added that something is not right, and we must move with speed to rectify this before things spiral out of control. 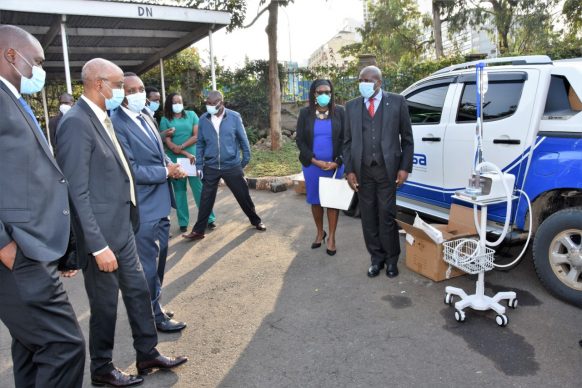 This trend has also been witnessed at the order points of Malaba, Busia, Taveta and Namanga and still remains a great concern to the government, he added.

In Garissa, the cases are from Daadab two and Garissa township one. In Isiolo, the three cases are from Isiolo Town.  The two cases in Taita Taveta are in Voi, while in Kitui, the one case is from Kitui South. The case in Migori is from Suna East, whereas that in Narok is from Narok North, and finally, the case in Embu is from Manyatta. 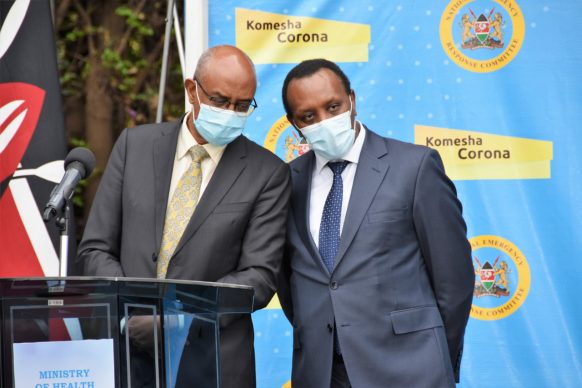 Today, Dr Rashid also reported that 106 patients have been discharged from various hospitals, bringing the total cumulative number of recoveries to 1,459

Health Acting Director-General, Dr Patrick Amoth elaborated that out of the 10 mortalities today only one was a community home based death while seven had underlying conditions, four had diabetes, one High blood Pressure, one Bone Cancer and one had HIV.

He noted that in Kenya,  88 per cent of people are normally asymptomatic and don’t develop symptoms, so it’s only 12 per cent who are pre-symptomatic that are getting a fever, loss of taste, difficulty in breathing or cough.

“We are uploading module of home-based care and for over 60,000 community health volunteers and 30,000 health care workers to ensure that the instructions,  guidelines and protocols of home-based care are followed to the letter not only to relieve the burden of health care system being overwhelmed but also to bring the services close to the people,” Dr.Amoth said.

During the event, Stanbic Bank Kenya in partnership with Base Titanium, Centum, Gulf Energy, Valar Frontier, and Africa Practice handed over a total of 192 ventilators worth KSh147 million to the support the Ministry of Health, war on COVID-19.