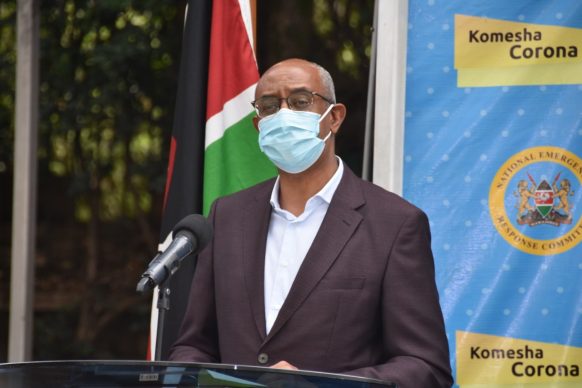 Kenya today announced 152 new positive cases of COVID-19 out of 3,503 samples tested in the last 24 hours. Kenya is now among the many countries in Africa that are inching towards their peak on Covid-19 infections. The virus has continued to spread in the country and is now firmly established in the communities, said Dr Rashid Aman, the Chief Administrative Secretary (CAS) for Health, while making the announcement.

“Reflecting on the data so far provided, 3,106 out of the 3,457 confirmed cases are local transmissions and this accounts for 89 per cent of the cases,” he said.

Out of  47 counties, 38 have reported cases of Coronavirus Covid-19 and it is just a matter of time before all the counties are affected, he said.

“This is a worrying trend that requires serious interventions at all levels and as a Ministry, we have worked and will continue to work, very closely with county governments to upscale the level of preparedness at the county level,” Dr Rashid said.

The cumulative number of tests conducted so far is 112,171, and the total caseload in the country is now 3,457.

The 152 positive cases reported today are all Kenyans, with 116 being males and 36 females. The youngest is two years old and the oldest 65 years. 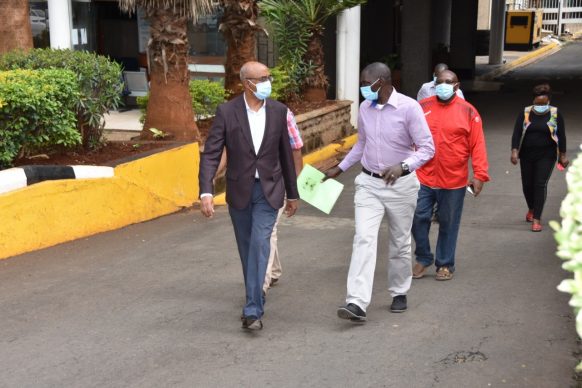 In Mombasa, the 41 cases are from Nyali, 14, Mvita, 10, Likoni nine, Kisauni, six, and Changamwe, four while all the 16 cases in Busia are of truck drivers from Malaba POE.

In Kiambu, the nine cases are from Ruiru,  six, Thika,  two, and Kikuyu one case, in Kajiado four cases are from Kajiado Central and Loitokitok, two cases each.

The case in Narok is from Narok East. In Nakuru, the case is from Nakuru West, while the case from Taita Taveta is at Voi.

The CAS also reported that today the Government has discharged 57 patients from various hospitals, bringing the tally of recoveries to 1,221 but added that the country has also lost four more patients to the disease, bringing the total number of those who have succumbed to 100.

“The numbers of infections and those that have succumbed to the disease point to us the importance of observing the containment measures. This is the surest way of ensuring that we limit these numbers and contain the spread of the virus,” Dr Rashid noted.

Meanwhile, the CAS clarified that following the extension of curfew time from 7 pm to 9.p.m, the closure of restaurants and eateries has also been extended by one hour from 4 p.m. to 5.p.m until further notice.

Dr Francis Kuria, Head of Public health also called upon the members of the public to wear face masks throughout when in public places according to the WHO guidelines.

“I want to urge Kenyans to notice the rising numbers especially now that Africa is nearing its peak and use face masks which is the easiest containment measure to spread the virus,” he said.

Dr Kuria also urged Kenyans to be each brother’s keeper, take individual responsibility and ensure whoever is beside is putting on a mask and wearing it properly.