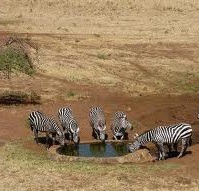 Established in 1952, the national park of Kidepo is situated in the north east of Uganda in the district of Kabong which was the traditional home land of the indigenous Karamajong who are among the unique things to see on Uganda safaris.
Kidepo is considered to be among the largest remaining intact wilderness areas not only in Uganda but in Africa in general. Its broad expanses of semi-arid landscapes that are dotted with multitudes of typical African game have always made Kidepo an admirable item of many travellers planning safaris to Uganda. However, due to its great remoteness and great travel distance from the country’s capital – Kampala and Entebbe International Airport – the main gate way to Uganda has naturally protected the wilderness of Kidepo from a large influx of Uganda safari undertakers that would have otherwise deprived it out of virgin wilderness.
Apparently Kidepo National Park contains a great deal of wildlife some of which are endemic to it for the case of Uganda such the cheetah, Kavirondo bush baby, patas monkeys, Ostrich among others. Other common African wildlife that is also found in other Uganda safari parks include; Lions, Zebras, Antelopes like lesser and greater kudu, dik dik, among others. These are spread in the scenic landscapes of Narus Valley which always provide a perfect ground for game drives for travellers while on safari in Uganda.
Uganda safaris/Uganda safari News
Prime Uganda safaris & Tours Ltd safari News.