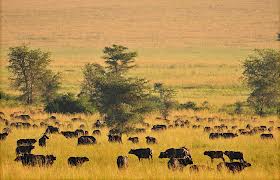 Kidepo national park which is found in the northern part of Uganda has slowly become famous since it has gradually increased its tourist numbers due to the increased safaris which are carried out with in the park. This park has for long been affected by the conflicts which have been going on and this has affected the development of tourism with in the country.

Some other tourists have been discouraged to travel to the park due to the poor roads which are not favourable and the difficult flights which are hard to get to that destination. The latest information which is out indicates that Ugandan authorities responsible for national parks have agreed to reopen the national park for tourism development. This will help in widening the safari base with in the country.

At first, Kidepo was a very unsafe place for all the visitors who used to Visit Uganda, but now the government of Uganda is really ready to open it to the world through ensuring that the park stays safe and conserved from any danger which can affect the tourism sector. This will help in increasing the number of people who come for safari tours to Uganda.

These days, the place is so safe and the karamajongo people who were scaring the tourists have been disarmed and they no longer own guns. The place is to be marketed and promoted by Uganda wildlife authority and this will help in providing adequate information about the place, hence helping in increasing safari visits. There is improvement in the security of the place and the country at large.