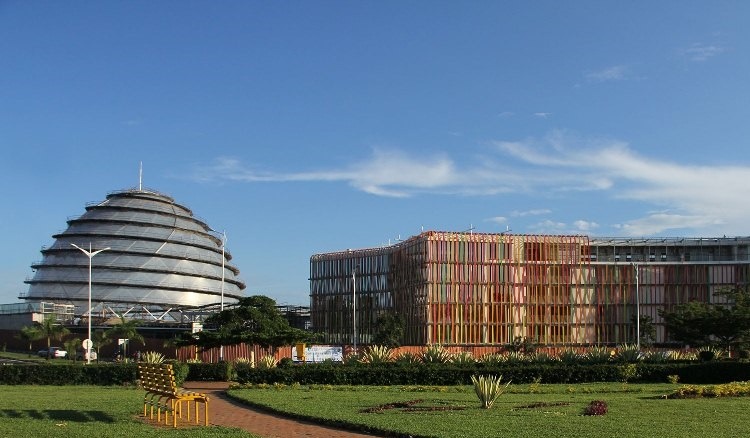 The destination Rwanda eventually opened the famous Kigali Convention Center one of the long awaited iconic Rwanda tour product in the contemporary times. Amazingly, the center opens up at the time when Rwanda is set to host the African Union Summit from 10th – 18th July 2016.

The Kigali Convention Center features Radisson Blue Kigali Hotel with 292 rooms and then a conference center with the seating capacity of 2,500 people was meant to be finished in three (3) years since its commencement in 2009 but took a little longer as a result of insufficient funds. The completion of the center has been partly motivated by the African union’s interest to host the summit in Rwanda in the year 2016 – something that will see African heads of state and other signatories take the journey/ safari to Rwanda to participate in the event.

At its grand opening, Rwandan President Kagame acknowledged that the design of the facility is of no doubt Rwandan though it features global Implementation.  This world class facility will luckily host the 27th African Union Summit which is anticipated to pull over 3,500 delegates and this will be the first event undertaken at the Kigali Convention. This can be considered a remarkable start point since the facility aims at boosting conference tourism in Rwanda to supplement Rwanda gorilla safaris and other tour products.

The receipts will first be directed to covering the accumulated construction debt because its cost rose considerably from the initially planned $300 million as a result of external borrowing interest charges. The Government of Rwanda was forced to allocate the $120 million proceeds part of the $400 million Euro bond to repay an outstanding Citibank loan.

The facility had other issues including the change of the contractor from Beijing Construction Engineering Group to Summa a Turkish due to delay and quality management issues.  The initial company that drew the design was the Germany based Spacial Solutions.

Now with the International Convention Center, Rwanda will further the cause for MICE product to ensure the diversification of the economy. Apparently the country has already hosted the World Economic Forum that brought in 1500 delegates. After the soon to start AU Summit, Rwanda will again host the Africa Hotel Investment Forum later this year.  The figures from Rwanda Development Board indicate that MICE generated $49 million in the year 2013 and this is anticipated to approach $150 million by the year 2017 which will be 16% of the national export receipts and 34% of the general tourism receipts.