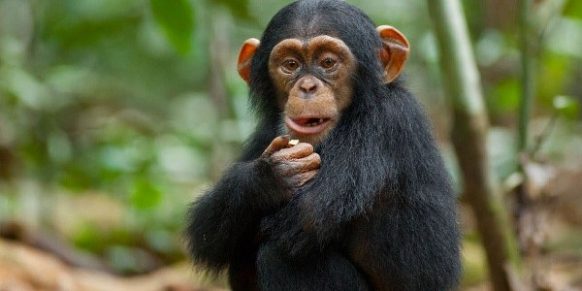 Kyambura game reserve is described as A Wild-Chimp and to many visitors who take safaris to Uganda’s Queen Elizabeth, Kyambura Gorge which is the only suitable area which is of focus to many tourists interested in primate encounter. The site is one of the unique areas that draw many travelers to undertake Uganda safaris to Queen Elizabeth National Park in south western part of Uganda. It is home to a variety of mammals and the most pronounced ones being Chimpanzee primate’s species in the Queen Elizabeth National Park. The game reserve is a very vital water source for various wildlife in habituated with the reserve and the other parts of Queen Elizabeth national park.
The reserve which is mostly surrounded by savanna vegetation is famous due to its being habitat to different primate species such as the endangered chimpanzees which are habituated and open for visitors on Uganda safaris to visit when on their Uganda chimpanzee trekking safaris to Queen Elizabeth.
Kyambura Gorge is the best destination for experiential tourism and trekking the chimps in the George offers splendid experience because the chimps in this part of Queen are found of descending down from the trees when they see visitors and this offers visitors chance to study the chimps and also take as many photos as possible as the chimps keep on posing with different styles. The dominant Chimpanzee trekking safaris in Kyambura gorge is as interesting as gorilla trekking safaris in Uganda‘s Bwindi.
More less like gorilla trekking safaris in Uganda’s Bwindi, chimp trekking in Kyambura also requires travelers to be physically fit but the wonderful experience got by the visitors is real memorable forest experience of its own. The wonderful experience is added by the highly competent guides who are well experienced will also the primate species in the site.
The prominent Gorge forms an elusive border between Uganda’s second largest park Queen Elizabeth National Park and the endowed Kyambura Wildlife Reserve.
Uganda Safaris/Uganda Safari News
Prime Uganda Safaris and Tours Ltd