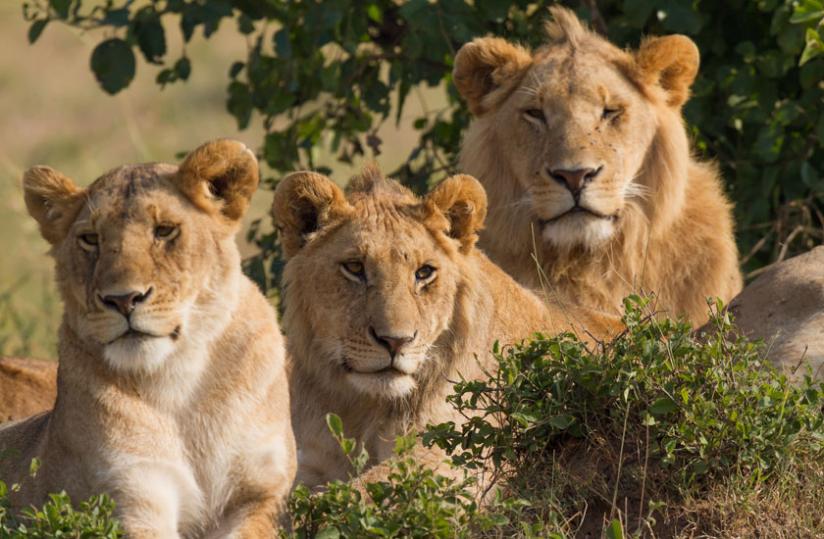 In just one year following the lions’ re-introduction in the Rwanda Safari Tour destination of Akagera National Park, it is very interesting to note that their number has doubled.

The count of seven (7) lions were re-introduced in the month of June 2015 but now fifteen (15) lions are known to be thriving in the park according the Akagera Park Management. The Lions which constituted five (5) females and two (2) males were brought in from South Africa to restock the depleted lion population in Akagera National Park – one of the popular destinations for travelers on Safaris in Rwanda.

The Lion population in the park has been boosted by the frequent births including the most recent one that saw the birth of two cubs by Amahoro bringing the members to 15 according to the information provided by Sarah Hall the Akagera National Park’s Tourism and Marketing Manager.

Amahoro was one of the female lions that were brought in from South Africa and her two cubs are believed to be two months old. Another female called Shema had earlier given birth to three (3) cubs now believed to be seven (7) months old.  The sisters of Shema named Kazi and Umwari were also cited by the Rwanda tour undertakers with their four (4) Cubs.

However, the park experienced an unfortunate demise of Garuka – one of the female lions that were brought in from South Africa. The Park rangers were able to encounter Garuka’s remains and the collar following months of disappearance.  And since there were no indicators of illegal activity such as poaching, the park management believed that Garuka could have succumbed to injuries that she sustained in a kill attempt.

It is noted that after the release of lions from the Boma in the month of July 2015, the five (5) females kept together for six (6) weeks before Sisters Kazi and Umwari started to live own life. Garuka kept with Shema’s sub-adult cub called Amahoro but they later separated when Shema met with two (2) male lions namely; Ngangare and Ntwari. Gakura later rejoined Amahoro though they later separated and at the time of her death, she was on her own.

The re-introduction of Lions in Akagera National Park has given Rwanda a boost in her wildlife and increased the odds of world travellers planning wildlife safaris to Rwanda.