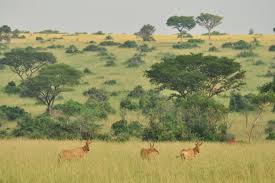 Murchison Falls National Park apparently stands as the most visited of all the Uganda tour National Parks and its attractiveness is likely to keep the numbers coming which generates the need for more accommodation units.

The Chief Executive Director of Uganda Wildlife Authority Andrew Seguya disclosed that three concessions will be given out for construction of three (3) safari lodges in various parts of the park. These will include a 40-bed lodge at the scenic Karuma Falls, 30-bed lodge at Bugungu along the Butiaba escarpment in the Albertine rift – one of the remarkable Uganda Safari features and eventually 30-bed lodge at Rwagongo forest.

A range of bids from various companies have already been submitted to the Uganda Wildlife Authority – the main public body that is responsible for management of National Parks and Game Reserves and they will be reviewed accordingly.  This was aired out during the Tulambule adventure to Murchison Falls National Park.

Tulambule Campaign is a domestic tourism campaign which was launched on September 23rd by the State Minister for Tourism Hon. Godfrey Kiwanda. It is aimed at encouraging natives to take up Safaris in Uganda which have for long been considered as a preserve of the foreigners.