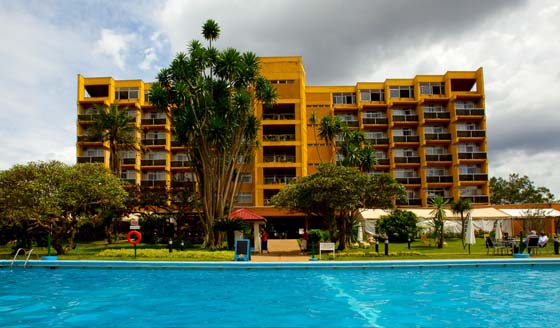 The Madhvani Group is likely to take over the Umubano Hotel if the privatisation deal is finally inked.

Madhvani is a conglomerate based in Uganda where it owns a range of lodges that accommodate a section of the travelers on Safaris in Uganda but also with interests in ethanol production, sugar processing, floriculture and oil and soap.

Madhvani Group expressed interest in the Umubano Hotel following its liquidation in 2014. The Umubano Hotel which is a four star hotel located at about 5km from the Kigali City center enjoying panoramic views of the city.  The hotel features over 100 rooms and 14 suites not forgetting 4 conference rooms, mini-golf course, tennis court and swimming pool which indicates its capacity to serve well the Rwanda Safari tour undertakers if put under competent management.

The Sales agreement has already been reached by the two parties though still within one month of due diligence. Before the Liquidation, the Umubano was under the ownership of Rwandan Government along with investors from Libya.

Thus with such wide scope experience, the Madhvani’s takeover of Umubano Hotel will be a step towards right direction as regards revamping the Rwanda’s hospitality sector. Fortunately, this sale is coming at a time when the International brands like Marriot, Radisson Blue and Golden Tulip are also entering the destination Rwanda.