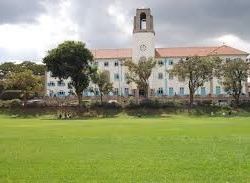 Established in 1922, Makerere University is the second oldest institution in Uganda after Katigondo Seminary in Masaka and is apparently the greatest institution of higher learning in the south of Sahara, north of River Lipompo, east of Equatorial Jungle and the west of Indian Ocean which is usually encountered by Uganda safari undertakers.
Makerere University has gone through series of transition that have shaped its heritage most especially in its core field of academics. It currently operates under a semi-autonomous collegiate system which is visibly seen as a form of decentralization aimed at breaking the bureaucratic process that had taken toll at this mighty University commonly referred to as the ivory tower, the epitome of understanding, the pinnacle of intellectualism and the summit of wisdom. Its intellectual prowess has attracted a range of students from within and abroad to have their studies there and at the same time attracting the attention of academicians all over the world to plan safaris to Uganda in order to get in touch with this historic institution.
The great buildings with very unique architecture like the Main building have stood for years and  have got rich significance not only to the University but to the country in general. While the range of monuments and sculptures that appear at road junctions, main library, student resident halls and gazetted squares featuring various world events and personalities of great caliber credited for their works in shaping the history of the African continent are one of those magnificent attractions that travellers can ever encounter while on Uganda safaris.
Settling on one of the seven hills of Kampala and extending over a vast landscape, Makerere University does not only offer all round scenic views of the city of Kampala but also its forested landscapes are habitat to a range of biodiversity including monkeys and a range of bird species which makes it rewarding to encounter while on safari tours in Uganda.
Uganda safaris/Uganda safari News
Prime Uganda safaris & Tours Ltd safari News