Miss tourism Uganda to be crowned on 28th august 2015

Home » Miss tourism Uganda to be crowned on 28th august 2015 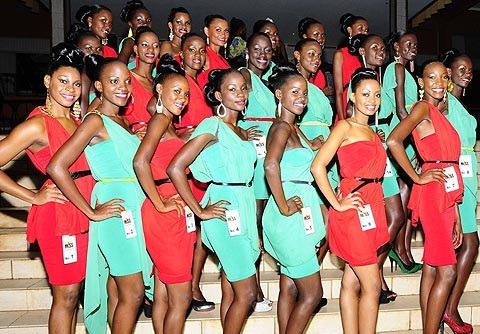 Uganda is not only endowed by remarkable physical features but also notable people which have always lured the Uganda safari undertakers into remarkable wonder. Miss Tourism Uganda has been specially designed to bring out the people part of Uganda and its contribution to the tourism development
The destination Uganda has been partitioned into ten (10) tourism clusters where by each tourism cluster forwards representatives who are got from a tight competition at the cluster level. Apparently there are thirty three (33) girls who are representing the mentioned clusters and only one of these is destined to be crowned Miss Tourism Uganda at Kampala Serena Hotel on 28th August 2015 an event that is open to everyone with interest including travelers on safaris in Uganda
The selected beauty Queen is planned to undertake a considerable role of promoting Uganda and also to represent Uganda at the Miss Tourism World in the Vietnam’s Long bay on the 31st of October 2015 thus raising the international flag to international heights.
Following the tough competition at regional level, the range of 33 girls that were unveiled at the J & M Airport Road Hotel the previous week will still be subjected to a boot camp before the grand finale. It can be noted that Miss Tourism contest is one of those contests that feature tight procedure with a lot of sieving and as a result not all the named beauty contenders will definitely make it to the end.
The unveiling event which was attended by the Minister of Tourism, Wildlife and Antiquities along with Officials from Uganda Wildlife Authority and Uganda Tourism Board was by all no means ordinary. By eaves dropping from what happened at the unveiling event, it can be noted that the beauty Queens from Karamoja, Buganda and Tooro received the wildest applause and the folks contend that if that was the only mode of selection then the mentioned would be the top three.
Miss Tourism Uganda event occurs annually and it has been added on the MICE list thus increasing the products that should be encountered on Uganda safaris. The beauty Queens represent the country both local and international and showcase her beauty like never before.