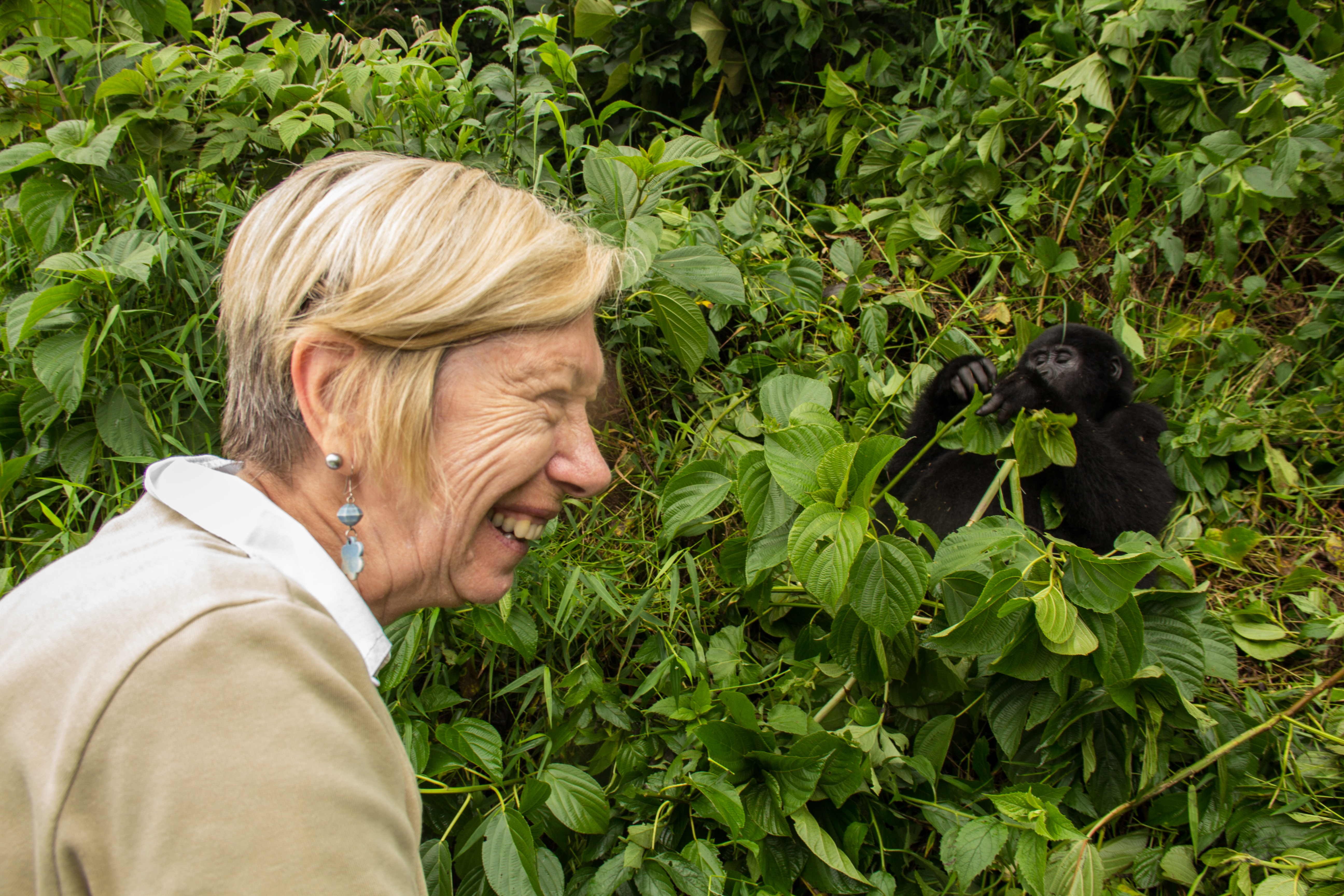 The Mountain Gorilla is members of Great Apes dating far back to the Old world monkey and are apparently the main icon for gorilla Safaris in Uganda and Rwanda.  Thriving at 900km from the Western Low land Gorillas, the Mountain Gorillas limited in range to only three countries in the world namely; Uganda Rwanda and Democratic Republic of Congo.

Known to have initially belonged to the same group, the separation of the Mountain Gorillas and the Western Low land gorilla groups occurred during the Last Ice age which destroyed the equatorial jungle of Central African basin leading to the growth of savannah vegetation. These gorilla groups could not reunite because the vegetation was not favoring them and though the equatorial vegetation later redeveloped, the groups had taken different directions and could not re-unite.

This historical separation created two groups; the Western Low land Gorillas and the Eastern Low land Gorillas. The Mountain Gorillas are noted to have separated with the western low land at about two (2) million years ago and then with the Eastern low land at about 400,000 years. Due to this separation, these groups developed distinct genetic formation, the body spread and the color as explored on Africa gorilla Safaris and tours in Uganda Rwanda and Congo.

The habitats are at an altitude of 2,200 – 4,300m above sea level with dense vegetation at the bottom Mountain layers and sparse at the higher altitude. The gorilla highlands as they are always referred tend to be cloudy, cold and misty which forms the background of slogan “Gorillas in the Mist” commonly used on gorilla trekking safari holidays in Uganda and Rwanda.

Mountain Gorillas are majorly herbivores and much of their diet features stems, leaves and shoots (85.8%) from the range of 142 species of plants. But they can as well feed on the bark (6.9%), flowers (2.3%) roots (3.3%) and fruit (1.7%) along with minor invertebrates (0.1%).  The availability of these food sources would determine the home range of the Mountain Gorillas thus prompting them to dwell in various zones including Bamboo, Hagenica and giant senecio zone. But they are noted to spend much time in Hagenica where the gallium vines tend to be available throughout the year and would be in Bamboo when the season for fresh shoots is on. These movements also determine the duration of gorilla trekking activity for travellers on Uganda Rwanda Gorilla Safaris and tours.