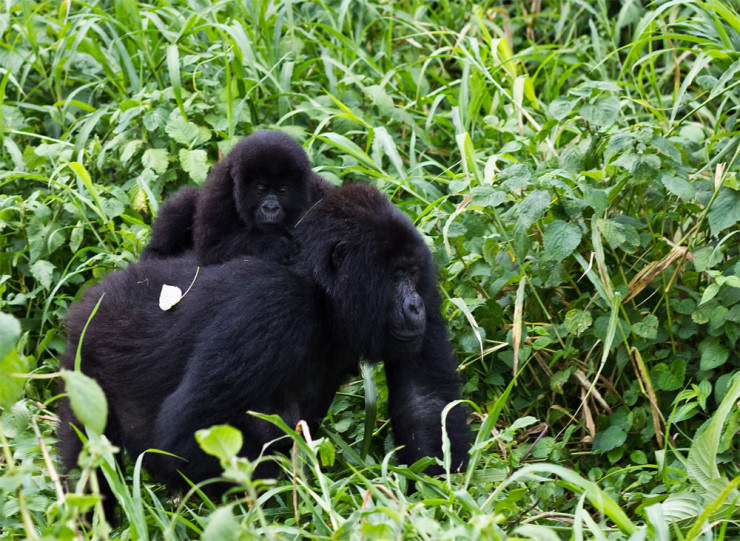 Mountain Gorilla Trekking Safaris in Congo are among the less explored Africa safari adventures which offer the world travelers an off the beaten encounter in the interior jungles of tropical Africa.

Gorilla tracking in Congo is carried out in Virunga National Park to the East of the country sharing borders with Uganda and Rwanda. The nearest town is called Goma and it is easier accessed from Kigali Rwanda than from Kinshasa which is the main capital of Democratic Republic of Congo.

For long, the Congo gorilla safaris have been less popular due to civil unrest caused by a range of rebel groups that thrived within the Virunga Area with the most recent one being M23 rebels which was ousted out in 2015.  After the war, Virunga National Park is back to order and the tourists are welcome.

The Mountain Gorilla trekking activity in Virunga National Park is commonly done in Mikeno sector approximately 2 ½ hours drive where the habituated gorilla groups thrive and a Congolese Gorilla permit costs $400  person which can be secured direct from ICCN or the Sales Office of Congolese Wildlife Authority in Goma. The activity starts at Bukima Patrol post and tend to last 2 hours depending on the Mountain Gorilla Movements.

Gorilla trekking safari in Congo can be done along with adventure hike to the famous Nyiragongo Volcano or as an extension of an East Africa Safari tour in Uganda Rwanda Congo.