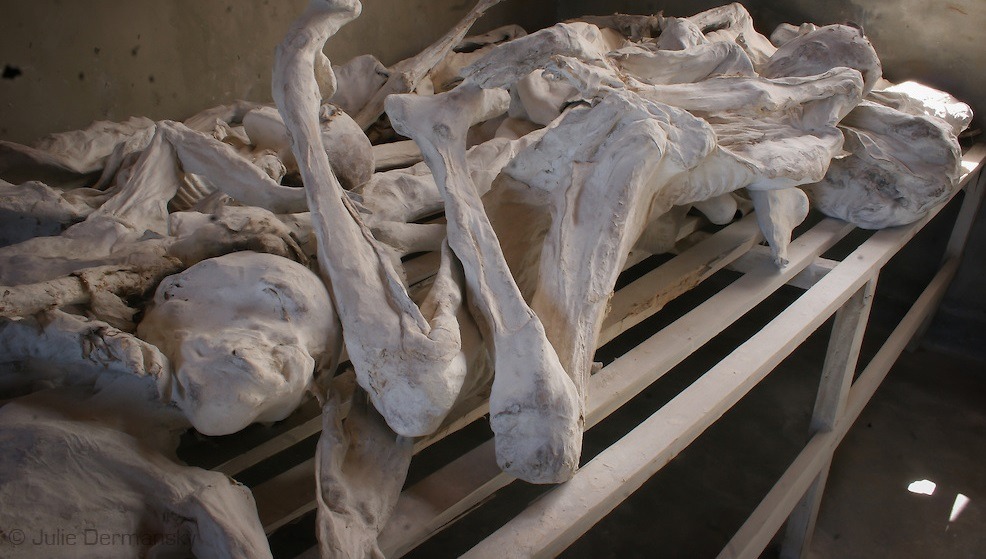 Initially known as Murambi Technical School, Murambi Genocide Memorial Site is positioned in the village of Murambi, Remera Cell in the Nyamagabe District’s Gasaka sector at 126km from the Rwanda’s main capital Kigali. And before the genocide, this area of Murambi was under the commune of Nyamagabe in the prefecture of Gikongoro which was an amalgamation of Bunyambiri, Bufundu, Buyenzi and Nyaruguru Communes in 1963.

The region is noted to have had a history of killings from the year 1959 especially in the Bufundu region during the reign of prefect Jean Baptiste Rwasibo who with the aid of the Belgian Authorities crafted a plan to eliminate the Tutsi in the region. Following the plan, the Tutsi were moved to Bugesera and Kibungo desert regions which were re-known for Tsetse fly infestation and no wonder lots of Tutsi could not survive.

Fortunately, some of the Tutsi survived and managed to settle in the new areas but remained a target by the rival Hutus throughout the reign of Kayibanda and Habyarimana before the long held anger exploded during the 1994 genocide.

During the genocide, thousands of refugees gathered at Murambi technical college after they had been promised protection by the French Soldiers and a range of 65,000 Tutsis gathered at the school on April 16th 1994. Regrettably, this was just a plot to gather them together because food and water were cut off with the intention of weakening them and following a few days of defence with the use of stones, on April 21st, the Interahamwe Militia and the army overrun them and attacked the site leaving an estimate number of 45,000 people dead while those that attempted to escape got killed at the adjacent church.

The thousands of these bodies were placed in a range of pits dug by the French Soldiers and then a volley ball court was constructed on top of the mass graves with the intention to cover up what had occurred. Following the genocide, some of these bodies were exhumed and preserved with powdered lime and can be viewed up to today with some fresh on them. This is an awful but a heart touching moment to explore while on Rwanda Safaris.

The Rwanda tour at the site commences with information panels and short films before taking a walk through the rooms looking at the photos and remains of the fallen citizens. Outside the block, there are counts of mass graves before proceeding to the semi-finished classrooms where the hundreds of preserved bodies fill the wooden racks including the women, men, children and infants some of which have frightening appearances like machete fractured skulls.

Murambi Genocide Memorial Site is at 2km from Murambi town and can be visited along the transfer to or from Nyungwe Forest National Park – the popular Rwanda Safari holiday site known for Chimpanzee trekking, canopy walk and Black and White Colobus Monkey Tracking.