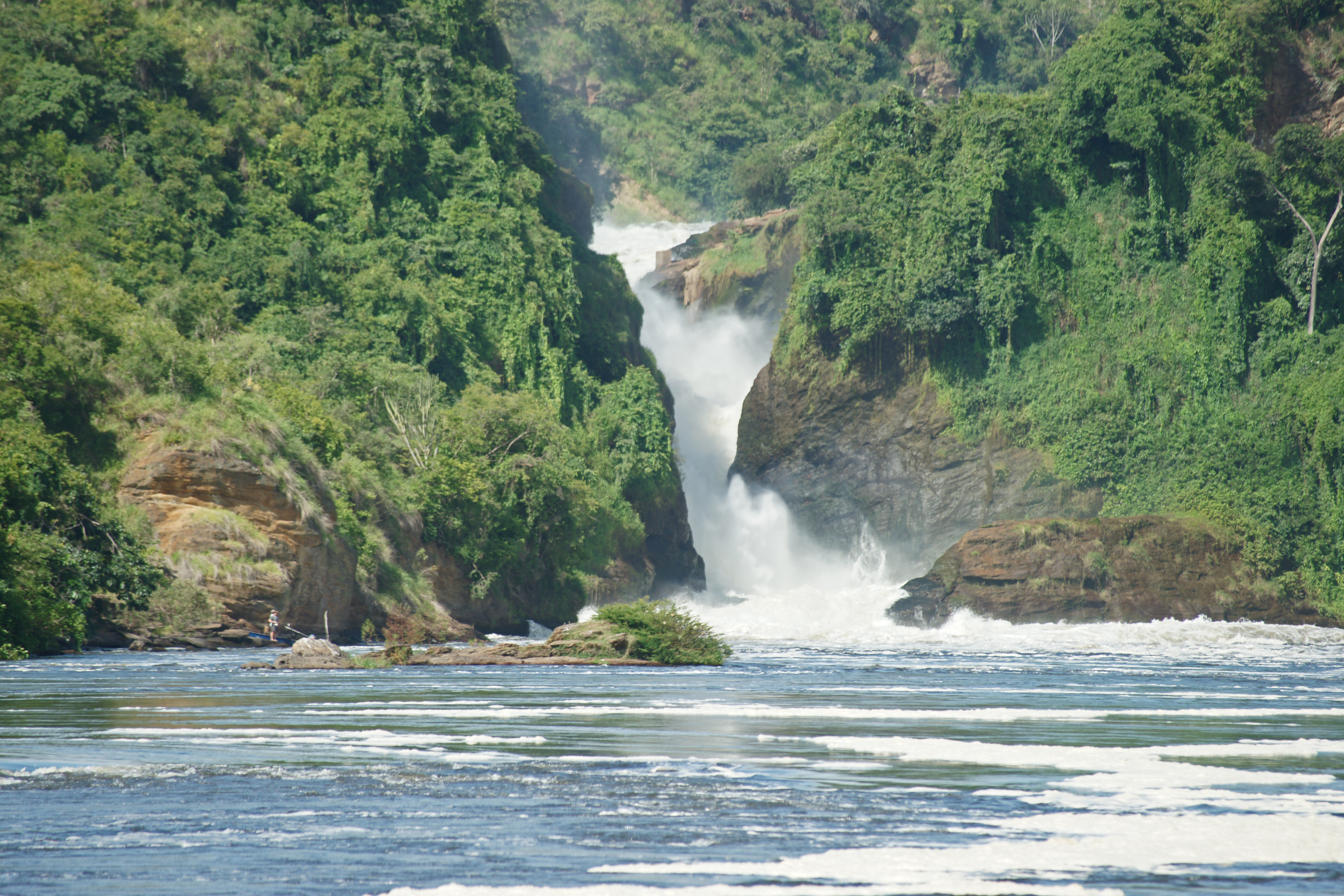 Whether you intend to drive or hike to the top, the Murchison Falls presents an exciting adventure vacation safari tour experience in Uganda Africa.

Known to be the World’s most powerful water fall, Murchison Falls is the most fascinating natural feature that thrives along the Nile River Course. Positioned in between Lake Kyoga and Lake Albert along the Victoria Nile, the 300 cubic meters released per second from Lake Victoria squeeze to pass through a narrow gap of less than 7m before falling 43m to what many have termed as the devil’s cauldron generating a complete magical wonder worth encountering on safaris in Uganda.

The falls named after the former President of the Royal Geographical Society Sir Roderick Murchison following its first European discovery by Sir Samuel and Florence Baker on March 14th 1864 form the naming for the largest Uganda tour National Park that surround it which supports a myriad of wildlife including Elephants, Lions, Buffaloes, Leopards, Jackson’s Hartebeest, Defassa Waterbuck, Oribis, Nile crocodiles, Hippos and Vulnerable shoebill stork among others.

Murchison Falls National Park can be accessed direct from Kampala at 311km about 5 hours transfer or through other adjoining routes if you are already on the Africa adventure tours in Uganda connecting from either Kidepo Valley National Park or Kibale National Park.