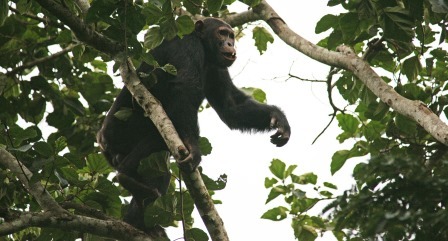 Uganda again hits back among the prestigious tourist destinations in the world after being listed among the top ten (10) destinations for wildlife along with the whole of East Africa by the re-known National Geographic. The Pearl of Africa had received a similar accolade in the year 2012 as the number one destination in the world by the Lonely Planet something that boosted safaris in Uganda
The National Geographic lists Uganda among the top ten must see wildlife destinations on a global scale which is a positive endeavor to the exploration of the famous Uganda Safari parks including Kidepo Valley National Park – the Africa’s best according to the CNN.
The destination Uganda stands as the only country with the count of two (2) gorilla parks namely Bwindi Impenetrable and Mgahinga Gorilla which form a rich ground for gorilla trekking safaris in Uganda. In addition to the two parks, Uganda features other eight National Parks of which four are complete savannah habitats with extensive wild game and these include Kidepo Valley National Park, Murchison Falls National Park, Queen Elizabeth National Park and Lake Mburo National Park. These present remarkable ground for wildlife Uganda safaris.
The Kibale National Park stands as the primate capital of the world with 13 primate Species which include great count of habituated Chimpanzees. The Semliki National Park to the Congo boarder in the west of the country also presents a great bio diverse environment with rich primate count. The adventure destinations of Mount Rwenzori standing as the third highest peak on the continent of Africa towering to 5,109m above sea level covered by snow along with Mount Elgon standing as the fourth peak in East Africa with the largest volcanic mountain caldera on the world scale not forgetting the three volcanic mountains of Muhabura, Sabyinyo and Gahinga that is part of the Virunga Massif that features eight mountains.
The accolade of National Geographic features the gorilla trekking in Uganda as among their listed top ten (10) recommendations and on the continent of Africa, it is only Madagascar that is also mentioned. The other destinations on the list include; Canada, Mexico, Hawaii, New Mexico in the United States, Alaska, Scotland, Falkland Islands and Trinidad.
The Uganda gorilla safaris have benefited from the single East African Tourism Visa that covers the entrance to Rwanda and Kenya also. Apart from the single visa, Uganda offers low season permits at $350 from the usual price of $600 for the non-resident foreigners, $300 from $500 for the resident foreigners and 150,000/= from the 250,000/= for the citizens of the East African Community. All these have made safaris to Uganda easier and cheaper.