By June 2019, new Airline services to connect Maasai Mara Kenya to 4 Uganda national parks of Bwindi impenetrable national park, Queen Elizabeth National Park, Murchison Falls National Park, and Kidepo Valley National Park. Passionate travelers who have Maasai Mara game reserve in Kenya and Uganda in their bucket list just got their movement eased. If you would love to combine your Kenya wildlife safari to a Uganda gorilla safari, birding  safari Uganda or wildlife safari Uganda, then there is no need to worry because transportation just got easier than before.

The new interlined service launching next year is a service between Air Kenya and Aerolink Uganda. Air Kenya will offer flight service between Maasai Mara to Kisumu airport and Entebbe international airport in Uganda then Aerolink continues with the flights from Entebbe international airport to the Uganda safari parks. This is an amazing development for the tourism sectors of both Uganda and Kenya, the country manager of Aerolink Uganda Anthony Njoroge stated;

“This will be an exciting development from the footprints of the big five in the Maasai Mara to the tracks of the gorillas in Uganda,” 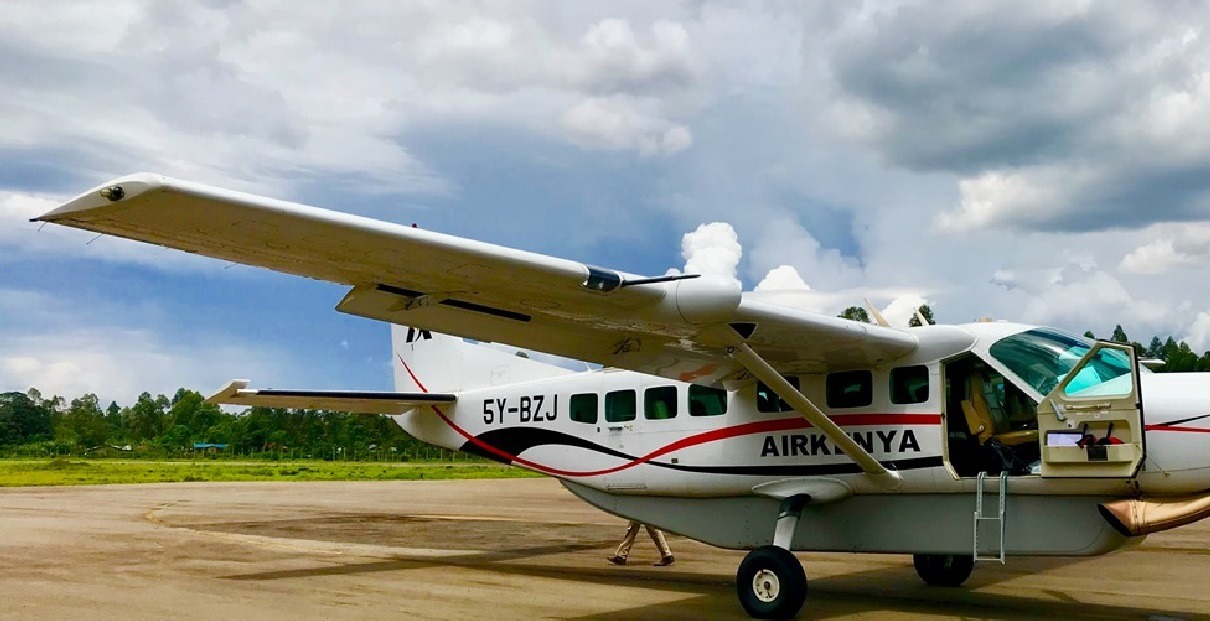 Maasai Mara National Reserve in the great rift valley is one of the most popular Kenya safari destinations especially because of the millions of wildebeest that roam between the open plains of Maasai Mara and Serengeti national park in Tanzania. With the 400-bird species in the Maasai Mara national reserve it still stands out as one of the best destinations for Kenya bird watching tours.

Going gorilla trekking in Uganda’s remote tropical jungle is one of the popular sought-after safaris in Uganda. Gorilla tracking involves a hike through a densely forested land for about 2-8 hours in search of a gorilla family that a trekker spends 1 hour watching in play. Looking straight into the eyes of the gentle giant mountain gorilla is something that will automatically captivate you and get you wondering at how these human-like creatures are amazing. Uganda gorilla safaris are not the only activities in the park, however, the park boasts about 350 bird species, 120 mammals, 310 butterflies, 200 trees, and 51 reptiles.

Surrounded by a greenery back drop of the Rwenzori mountains and kigezi highlands, Queen Elizabeth national park is one of the most visited safari parks in Uganda. A few places have a great concentration of bird species and Queen Elizabeth National park has more than 600 bird species making it an ultimate Uganda bird watching tour destination. Several wildlife species are hosted in the park and part of them are the tree climbing lions.

Bisected by the rushing Nile waters that squeeze through an 8m gorge plunging 45m below the rift valley wall, Murchison falls national park is Uganda’s oldest and largest national park. The vast savannah plains of the park in northern Uganda offers a chance for tourists to the park to take a game drive, do a boat cruise to the bottom of the falls and sight several bird species.

Known as one of the best wildernesses in Africa, the rugged plains of kidepo valley national park are situated in north Eastern Uganda. The vast plains extend through the valley, plains to the mountain foothills which provides a great memorable experience. The largest buffalo herd in Africa finds home in Kidepo as well as several wildlife species including the cheetah.

Choose to connect from the foot prints of thousands of wildebeest and the big five in Maasai Mara to either the gorilla land, world’s most powerful waterfall, medley of wonders to the best wilderness in Africa with these interlined flight services.