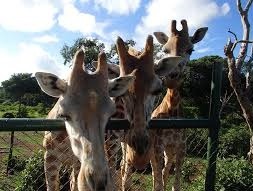 The Uganda Wildlife Education Center (UWEC) one of the prominent Uganda Safari sites has been operating as a trustee for long which has at times curtailed its government funding but the new strategic funding intends to transform the body into an Authority. The five year strategic plan intends to see the Uganda Wildlife Education Center transform from being an apparent trusteeship into a fully-fledged statutory body.
The new strategic plan features among others the human resource issue with keen focus on recruiting more people, forming new zoos in the regions of Uganda where they can also be visited by travelers on safaris in Uganda along with education centers and enhancing the research capacity of the UWEC.
Uganda Wildlife Authority under its new strategic plan that will run for five years intends to introduce captive breeding so as to enhance wildlife populations and species in the wilderness which will in turn increase the attractions explored by visitors on Uganda safaris. The Strategic plan will enable the UWEC build the capacity and get empowered to execute its mandate of implementing the Wildlife and Conservation Education across Uganda.
At the onset of this year, the Uganda Wildlife Education Center bill was passed by the Parliament of the Republic of Uganda and is awaiting to be assented by the President which after will see the UWEC transformed in to an Authority giving it a mandate to carry out its activities country wide.
The Other area that will gain attention in the new arrangement is research unit. It can be noted that the Uganda Wildlife Education Center has been behind in terms of research but with the new strategic plan, the research unit will be enhanced.
The Uganda Wildlife Education Center (UWEC) came into existence in the year 1952 and its initial aim was to accommodate the injured and confiscated game animals and then look after them. The body transformed over the years to become a zoo and later a wildlife education center with a range of departments. It has gained prominence and become a popular Uganda tour excursion destination for people in Kampala and Entebbe. For students and other groups in other parts of the country and beyond, it acts as a one stop shop for all the wildlife in Uganda.
Of recent, the Uganda Wildlife Education Center was voted as the best zoo in the East, West and Central Africa a rank that was given to it by the Africa Association of Zoos. It is in the same year that the same body in conjunction with the World Association of Zoos accredited it. Apparently, it acts as a center for coordination of East, West and Central African zoos and Aquarium.
The Uganda Wildlife Education Center features free ranging DeBrazza Monkeys, Vervet monkeys and a range of other wildlife including Buffalo, Elephant, the Rhino, Lion, Leopards, Reptiles like Cobras, Nile Crocodiles, Birds like the Shoe-bill Stork among others thrive at the Center making it a darling for travelers on safari in Uganda.