A NEW TOURIST SITE UNVEILED BY THE CATHOLIC CHURCH

Home » A NEW TOURIST SITE UNVEILED BY THE CATHOLIC CHURCH 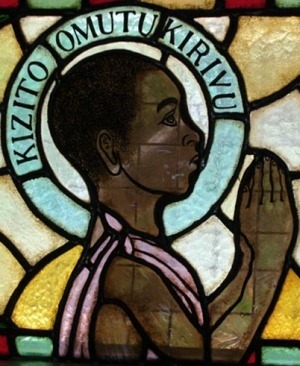 The Catholic Church is credited for having made the most recent addition to the religious Uganda Safari tour product chain. The birth place of St. Kizito in the district of Luwero has been unveiled as a significant tourist site with the intention of promoting and preserving the Church history.

The Waluleta shrines marked by an ancient Muvule tree are noted to be the playing grounds for St.Kizito – the youngest of all the Uganda Martyrs. This site which has started to attract religious travelers on safaris in Uganda is located in the village of Kigwe, Makulubita Sub county 7km to the West of the town of Wobulenzi.

The popularity of this site has not started of recent but rather has been there with the Catholic pilgrims traveling there annually for the past 20 years according to the Dr Cyprian Kizito Lwanga the Archbishop of Kampala and the Kasana-Luweero Pioneer Bishop. He is noted to have tracked it and pronounced it a Pilgrimage site in 1995.  Upon realizing the significance of the site as the Pioneer Bishop by then, Dr. Cyprian undertook its mapping, preserved the three (3) graves of Kizito’s relatives and built a local church. Overtime the diocese has developed it to reach at the standard site level worth exploring on religious tour in Uganda.  This was disclosed to an approximate of 20,000 Pilgrims at the grand opening of the shrine on Sunday.

The famous St Kizito is recorded to have undergone baptism on 26th May 1886 after which he clashed with his King Mwanga over the issue of religion resulting into his death on 3rd June 1886 at Namugongo. Pope Paul VX canonised him in the month of October 1964 like other Uganda Martyrs that suffered the same fate.

Religious tourism is steadily gaining ground among the Africa vacation safaris and holidays in Uganda as many people are increasing in their quest for spiritual cleansing, material blessings or research and history.