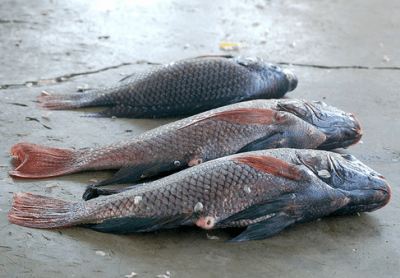 Scientifically referred to as Lates niloticus, this famous Uganda fishing safari product – Nile perch is a fresh water fish species belonging to the Latidae family and Perciformes Order widespread in the areas of Afrotropic ecozone that cover Congo, Senegal, Nile, Niger, Volta, Chad and Lake Turkana along with other river basins. The Nile perch also thrives in the Lake Maryut’s brackish waters in destination Egypt.

It features silver colour along with a blue tinge. The eyes are distinctively black marked with a bright yellow outer ring as viewed on fishing safaris in Uganda. It is recorded among the largest fresh water fish extending to close to 2m in length and over 200kg in weight.

The mature Nile perch can thrive in all the lake habitats that feature enough oxygen while the juvenile Nile perch are limited to shallow or close to shore environments. It is notably a fierce predator which takes full control of its surroundings. It majorly feeds on fish surprisingly including its own species, crustaceans along with insects while the juveniles consume zooplankton often encountered by fishermen on Safari in Uganda. The Nile perch applies schooling as a strategy to save themselves from other predators.

The Nile perch is recorded to be of considerable significance as regards commercial and food supply but also the sport anglers are fond of it as it stands a powerful prize to catch.  The Nile perch was introduced to Lake Victoria around 1950s and though the species boosted the commercial returns from fishing, it is recorded to have had a strong disruption on the ecosystem due to its consumption of native species.