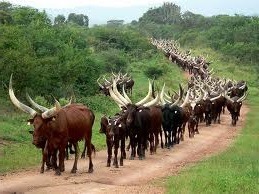 Uganda is one of the rich tourist destinations not only in East Africa but also at African level. Its tourist base is embedded in a range of attractions and activities including gorilla trekking, cultural tours, wildlife safaris, chimpanzee trekking safaris and adventure tours. Although the core base has been wildlife, scenery and gorillas, the respective government bodies like the Ministry of Tourism and Uganda Tourism Board are making attempts to diversify the product base to include cultural tourism. It is through this effort that the Uganda Tourism Board (UTB) has expressed interests in taping the potential of the Banyankole heritage. However, the public institution that was put in place to preserve, promote and educate about the Nkore culture, values and practices, Nkore traditional cultural institutions including the obligation to restore and preserve the Obugabe as a central aspect of the Nkore culture in regard to the norms and traditions of the Banyankole and the Constitution of the Republic of Uganda, the Nkore Cultural Trust has called for its involvement in the efforts of developing Ankole heritage for tourism.
In the communication made by the Prime Minister of the Ankole Kingdom Dr. G. William Katatumba who is the current chairman of the Nkore Cultural Trust, he expressed dissatisfaction the Trust is having with the UTB in its efforts to develop the heritage sites of Ankole for tourism without involving the body that was entrusted to take care of such sites. Citing the meeting that was held at Igongo Country Hotel on September 1, 2014 under the guidance of UTB, he notes that UTB is interfering with other tourism developers to explore their own potential so as to increase safaris to Uganda. Though the heritage sites of Ankole Kingdom like the Mugaba palace were given out on lease to Uganda Tourism Board for 99 years in 1971 by the Uganda Land Commission after the abolition of Monarchs by President Apollo Milton Obote in 1966 as plot 66 Block 3 under LRV807 Folio 17, the same property was later surrendered to the Uganda Land commission on January 16, 1991 under the instrument no. 246694 recorded at 2:50pm which definitely pardons UTB from validly taking up the affairs of the Ankole cultural heritage.
The Nkore Cultural Trust continue to note UTB has many other potential Uganda safari sites that it can tap for tourism including the Minera and Ihimbo hot springs in Rukungiri, Kanungu massacre site among others apart from rotating around the Ankole Cultural sites of which Nkore Cultural Trust has already shown the enthusiasm to take up. Citing the contribution of the senior Nkore Cultural Trust members in the establishment of Igongo cultural center and Museum, the NCT Chairman notes that the institution has got the expertise and enough human resource that will see the heritage sites of Ankole developed for tourism to benefit the local people and those on safari in Uganda if availed the chances to do so. It is in this regard that this cultural Institution is calling upon Uganda Tourism Board (UTB) to partner up with it in the efforts to develop these heritage sites for tourism.
However, it should be noted that the Ankole Kingdom was not restored when other Kingdoms were being restored with the royal drums and regalia in captivity at the Uganda National Museum which is a way of humiliation, desecration and injustice to the Banyankole monarchists since these properties are considered sacred.
By Siima Simon Peter
Uganda safaris/Uganda safari News
Prime Uganda safaris & Tours Ltd safari News.