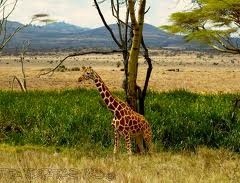 Tourism is apparently the chief export earner for Uganda with great income receipts got from those that undertake safaris in Uganda and the establishments that facilitate their movements and stay in their respective destinations. Uganda has a huge tourism resource base with diversity of nature including mountain gorillas, wild game, unique flora, water bodies and a wide range of cultures that combine to form aground for gorilla trekking safaris, cultural tours, adventure and wildlife safaris.
The tourism base especially natural attractions dwell in protected areas that were gazeted against the interests of the indigenous inhabitants of such areas. As a result, the resource use conflict arose and the relationship between the parks and the communities became sour which partly threatened the existence of these protected areas. In a bid to harmonize these relationships, the Uganda Wildlife Authority introduced the revenue sharing scheme where 20% of the park entrance fees was destined to the local communities to facilitate in a range of development projects and as a result the local people have started to realize benefits from these protected areas and the attitude about them has started to change positively.
The people of Koch Goma Sub County in the district of Nwoya are in jovial mood with the returns that they are realizing from the neighboring Murchison Falls National Park. The Koch Goma Secondary school has got a hostel that is valued at Shs 136m. The money is part of the Shs 448m that was generated from the revenue sharing scheme of 20% that was charged on Uganda safari travellers that visited Murchison falls national Park in the year 2013/14.
This is not the first time for Nwoya to benefit from this scheme. The district received 81m in 2010, 107m in 2009, 100m in 2008 which was used to construct an elephant trench in Koch Goma to desist elephants from crossing to peoples’ farms. Related projects are being done in Amuru and Purongo sub counties. This move is seen as a perfect endeavor that will harmonize the relationship between these two entities to ensure the thriving of wildlife that will in turn attract more travellers to plan safaris to Uganda leading to more revenue and development.
Uganda safaris/Uganda safari News
Prime Uganda safaris & Tours Ltd safari News.