Pope’s coming to Uganda; the rich ground for religious tourism 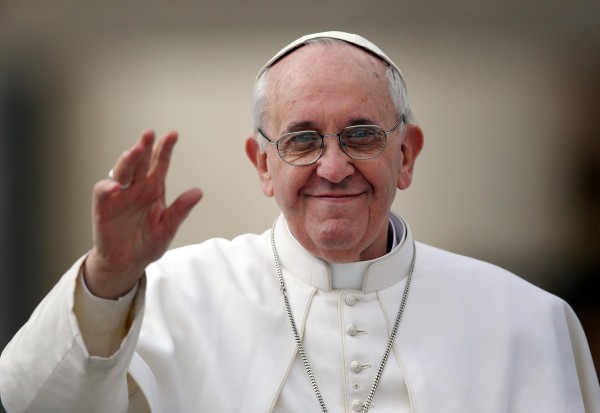 The world’s famous head of the Roman Catholic Church Pope Francis is nearing the days of making his visit to the Pearl of Africa an Internationally recognized safari destination that have for long been attracting world travelers to plan safaris to Uganda.
The Pope’s Visit slated to take place on 27th – 29th November 2015 will join the moments of history that the nation Uganda has had an opportunity to experience. The Pope’s visit to Uganda is viewed as not only as of national significance but also of regional and the continent’s value. Uganda re-affirms her position as a significant home of the world believers with much basis on the 45 Uganda Martyrs that were killed in cold blood during the reign of Kabaka Mwanga of Buganda at the inception of western religion and eventual colonization in the year 1886.
The Namugongo Martyrs Shrine stands as a living testimony of what transpired during those days and the chief executioner Mukkajjanga’s post still stands in history forming one of the important Uganda safari attractions that religious travelers have always wished to spare part of their precious time for.
Religious Tourism is beyond leisure. It is a personal encounter with own spirit and what he / she believes in. It draws one closer to what he believes in and not only reinstates ones faith but also acts as a favorable ground for renewal and cleansing. The grounds where the counts of these Ugandans resolved to lose their lives for the sake of religion are by no means ordinary when it comes to the Pilgrimage factor and it is from this background that the potential for religions tours in Uganda is more than what one might actually be estimating.
The Uganda martyrs by all means have position on the world scale in terms of the religious significance. Importantly, they cut across the Roman Catholic Church and the Anglican Church who still form a considerable number of Christian population in the world. Establishing the strong ground and making them known to the world would easily generate fruit as market is already there. The Uganda Tourism Board – the marketing agency of Uganda aimed at increasing the numbers of world travelers undertaking Uganda safaris has already capitalized on the potential of Namugongo Martyrs Shrine to tap into the niche of religious travelers.
The body aims at rising the visibility of Uganda in terms of religious products to the fifth position globally following the first four namely; Israel, Saudi Arabia, Italy along with Jordan that are currently holding the mantle of faith based tourism.
The Pope’s travel to Uganda is a great factor to the realization of faith based tourism in this country. Regarding the publicity alone, the Pope is expected to travel with more than 200 Journalists from a range of media houses globally thus their coverage is itself a big step to publicize Uganda world over as a rich religious tourism destination. This comes after the assurance to the world that Uganda is indeed worth traveling to. The site which is known to pull over 2 million Pilgrims every year from both within and across borders will by all means reap big from the forth-coming visit of Pope Francis