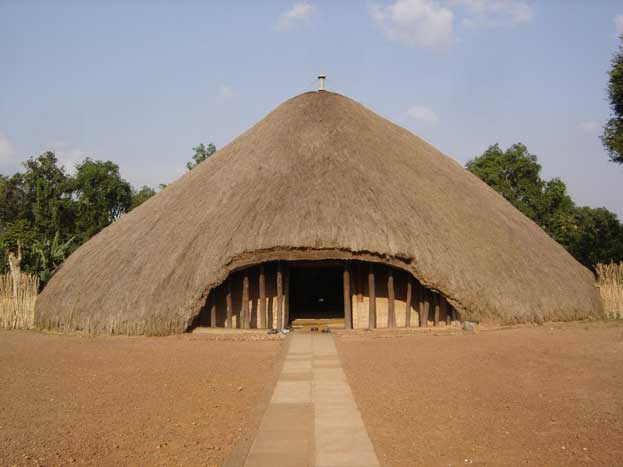 The Kasubi tombs was the biggest grass thatched house in the world and one of the major tourism sites that hold most of Ugandan history about culture a great Uganda safari destination.They were burnt on the night of 16th march 2010.The fire that gutted down these magnificent historic tombs caused a lot of questions  and speculations to the Baganda and Uganda at large.

It is definite that the Kasubi tombs were a great Uganda safaris tourist site in the centre of Kampala city and these tombs claimed a big number of tourists from all over the world who pay in money just to visit and listen to interesting stories of the Buganda culture.

On  1st August 2012, president of Uganda General Yoweri  Kaguta Museveni was seen handing over 2.5billion shs cheque  to help in the restoration of the tombs. This can give hope to the Uganda safaris/Uganda safari or Uganda tourism industry as commonly referred to, that may be the tombs which were formerly closed will be opened again and that visitor numbers will increase.

Once re-opened, Uganda and the world at large will celebrate the re-birth of a great Uganda safari destination with lots of cultural history and unique cultural architecture only unique to Buganda kingdom