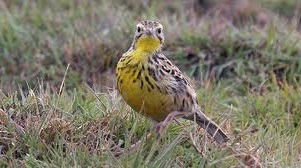 Mount Elgon National Park was established in 1993 surrounding Mount Elgon which is the fourth tallest mountain in east Africa rising up to 4,321m above sea level. It is re-known for having been the tallest Mountain in Africa before it was reduced by denudation forces. With the last eruption thought to have occurred 24 million years ago, Mount Elgon has got the largest mountain caldera in the world stretching to 42km2 and the largest volcanic base in the world stretching to 4,000km2 which makes it interesting to encounter while on Uganda safari.
The President of the Republic of Uganda H.E Yoweri Museveni had given a directive to degazette part of Mount Elgon National Park for resettling the landless people in the area however it hit a dead end. The land called the London area that had been proposed for degazettion contains sources of the splendid streams of Kere, Siti, and Kaplegep among other streams that offer impressive scenic views to travellers on safaris in Uganda.
The report that was compiled by the technocrats from the Ministry of Tourism Wildlife and Antiquities and Office of the Prime Minister recommended that an alternative land should be identified where the people can be resettled. The Mount Elgon Area has to be recognized as a fragile eco-system which is very susceptible to landslides and erosion.
The directive came in when the 400 families hailing from the sub-ethnic group of the Benet has been evicted forcefully from the park land in February 5, 2011. The Benet – Ndorobo people thrived in the forest of Mount Elgon long before it was gazetted as a forest reserve in 1938 where they lived in different areas including the moorland. They lived a hunter gatherer culture and kept cattle though on a smaller scale. They were later joined refugee seekers hailing from the lowland areas of Sebei especially the Ngenge escaping from the harshness of Pokot and Karimojong cattle rustlers. As a result of this infiltration, the Benet altered their mode of living and embarked on ecosystem destructive activities like indiscriminate timber cutting, over grazing and commercial agriculture.
In 1983, 6000ha were degazetted to accommodate these people and further the same thing occurred in 2002 however the project was mismanaged and corrupted which left a section of these people landless. They in turn settled in the forest which left them conflicting with Uganda Wildlife Authority (UWA). After the President’s directive, conservational bodies raised a lot of concern forcing the line Ministries to form an inter-ministerial technical team to dig deep into the matter. The report revealed that the occupants of the rock who were evicted were not from the sub-region of the Benet as indicated in the H.E President’s directive. Instead they are former forestry department workers, displaced people from Ngenge and saw millers.
Some sections of the Ndorobos are known to have sold off their land and transferred uphill to encroach on the National Park land which resulted into drying of Kere and Chepuyakanyet one of the permanent rivers in the area thus reducing on tourist products encountered on Uganda safari tours in the Benet area.
In response, the Minister for Disaster Preparedness Tarsis Kabwegyere notted that government had identified 502ha of land elsewhere to resettle these people and Landless Resettlement committee consisting of LC-V Chairpersons, Resident District Commissioners (RDCs) hailing from districts of Bukwo, Kween and Kapchorwa with technical aid from the line ministries to foresee the resettlement of these people.
Uganda safaris/Uganda safari News
Prime Uganda safaris & Tours Ltd safari News