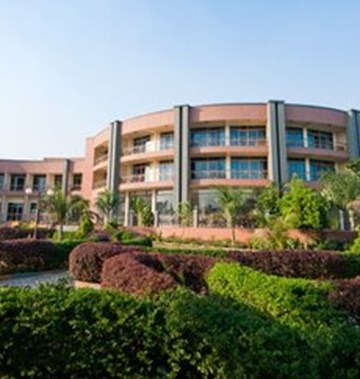 Protea Hotels one of the famous accommodation units used by travelers arriving on safaris in Uganda have again undertook the expansion initiative to add more two establishments. The deal of expansion was carried out between the Marriot International where the Protea Hotels belong and the local partner in Uganda.
The arrangement which was reached in Dubai depicts assurance in the confidence of the Organization in the strength of Ugandan economy and the growth in the continent of Africa. The Marriott International has always demonstrated its commitment to the continent of Africa as a section for the global hospitality sector expansion. This also reinforces the interest of world travelers traveling to Africa including safaris to Uganda.
The Marriott International intends to bring in existence a range of 91 hotels in Africa and Middle East region and are meant to all open up by the year 2020. The entry of other 91 hotels will bring in addition 18,000 rooms to the hospitality market and will see the Marriot hotels appear in the eight (8) new countries. In the year 2016 alone, a range of ten (10) hotels will open up in Africa and specifically in the Sub Saharan Africa.
Protea Hotels is re-known to be the main South African Hospitality which apparently features eight (8) in the Sub Saharan Africa including Uganda where two hotels exist in Kampala and Entebbe and provide a good mid-range stay for the Uganda Safari undertakers.
The Protea Hotels benefit from its brand strength in the Sub Sahara Africa. The Organizations strategy in Africa and Middle East rests on the rapid growth in the economies of these two regions, the expanding Middle class and youth Population along with the increase in the International Flights on the continent. The region of East Africa is enjoying a promising economic expansion which is comparably higher than the global economic figures. Also considering the oil discovery and its potential for commercial exploitation, countries like Uganda presents big prospects for the future sustainability of the investments including accommodation where the Protea belong.
The Managing Director of Protea Hotels Uganda Mr. Stuart Cook notes in acknowledgement of the expansion that the move supports the national development strategy and facilitates tourism development which is one of the main sources of foreign exchange in Uganda. The two new establishments are anticipated to employ over 500 people and would at the same time extend training and skills development for the national hospitality labor-force.
The new establishments are under the names of Protea Hotel Pinnacle and Protea Hotel Naguru Skyz all positioned in the up class suburb of Naguru which is a notable up class commercial and residential property and for diplomatic missions and company headquarters. The Pinnacle Hotel Naguru Skyz will come into operation this year in the month of July while the Protea Hotel Pinnacle will open up in the early 2018 featuring 141 and 105 rooms respectively.
The Naguru Skyz will feature additional facilities like the gym and day spa, the roof terrace equipped with a unique rooftop bar. The establishment also enjoys the magnificent views of Kampala. This is in position to arrest the worries of world travelers including those on safari in Uganda who have always held the perception that there could not be descent accommodation in Africa.