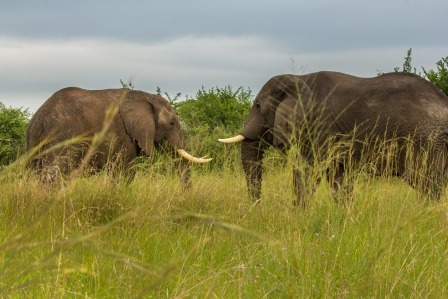 Queen Elizabeth National Park in the south west of Uganda stands as one of the famous Uganda safari destinations whose popularity has been rising overtime enabling it to gain position as the best destination in the East African region.
The world’s famous travel platform – the Lonely Planet listed Uganda and her famous National Park of Queen Elizabeth National Park as among the valued destinations and attractions respectively that the world travelers including those planning safaris to Uganda should look out for in the year 2016. Other country destinations in the region featured include Kenya and the neighboring Tanzania.
The East African region ranks the third on the 10 annual hot-list of affordable destinations suitable for world travelers in the year 2016 according to the largest travel guide publisher in the World – the Lonely Planet. With the phrase “…Africa is a massive continent so you’ll be doing yourself and tourism in East Africa a favor if you take advantage of the cracking deals on offer to Kenya, Uganda and Tanzania and the rest of the region.”, the Lonely Planet presents an immeasurable marketing support to these countries and re-affirms their remarkable beauty that these destinations have held since time immemorial. This is considered as a rich ground for increasing safaris to the region including the Uganda safaris.
The Lonely planet following the same accolade features the famous gorilla trekking which form the ground for gorilla safaris in Uganda, the amazing scenery of the Rift Valley along with the squeaky-sand beaches as among the great wonders in the world that travelers should endeavor to experience.
Queen Elizabeth National Park is teeming up with counts of tree climbing lions, the African elephants and over 600 species of birds that make it the first in the region in the number of species. The park offers guaranteed sights of a range of wildlife along with real intersection of open and woodland savannah, wetland and forested landscapes and not overwhelmingly congested.
The accolade is an addition to the range of others that the destination Uganda has gathered overtime and this helps to build confidence in the travelers’ decision to choose the Pearl of Africa – Uganda as their ideal next destination
The wildlife product featured in Queen Elizabeth National Park along with other 9 National Parks of Uganda is complimented by people and culture, events and conferences, remarkable scenery, mountains and water bodies to present Uganda as a memorable safari destination for people originating from different corners of the world.