Queen Elizabeth to offer more to the tourists.-Uganda Safari News 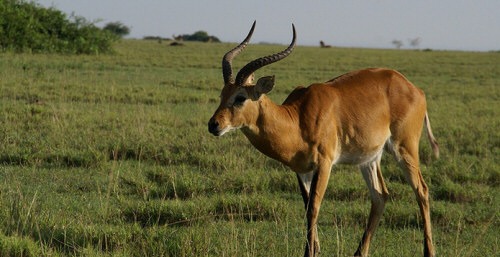 Queen Elizabeth National park is located in the western part of Uganda and it’s a park with a variety of attractions which are enjoyed by the tourists who come for safaris to Uganda. This park has got what it takes to venture into a trip with in the country.

The park is endowed with variety of wildlife which has always attracted many Uganda safaris, these include the big five animals which include; the lions, elephants, the antelopes, buffalos, monkeys and many more which can help you adventure Uganda’s beauty of the wilderness.The park has got primates which have attracted many safaris in Uganda, these include the chimpanzees which are found in the Maramagambo forest at Kyambura gorge, and these have attracted many chimpanzee trekking safaris which have helped in increasing the number of tourists to Uganda.Queen Elizabeth national park has got wonderful boat cruises which help in availing you with water animals, these include; the crocodiles, the hippos, water birds, the snakes and many more, these are greatly enjoyed by the visitors who come for safaris with in the country.The park has got good game drives and nature walks which will help you to explore the wild animals which are found with in the park. These can be both night and day game drives and they are usually enjoyed by many tourists on the safaris to Uganda.