REGIONAL TOURISM AND TRAVEL GETS A BREAKTHROUGH – UGANDA SAFARIS

Home » REGIONAL TOURISM AND TRAVEL GETS A BREAKTHROUGH – UGANDA SAFARIS 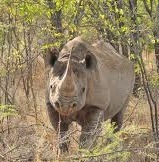 At the symposium in Kenya’s capital Nairobi on 12th December 2014, the heads of state of the countries Uganda, Rwanda and Kenya converged and reached on two decisions that registered a breakthrough in the regional travel including safari tours in Uganda.
One of these hailed attempts include the move to grant the clearly registered expatriates who live in countries of Uganda, Rwanda and Kenya who have got a residence or work permit to have free movement across the mentioned countries without paying Visa fees while on their safaris including safaris to Uganda. This will offer the travellers an opportunity to visit the distant areas like Lake Kivu resorts and coastal beaches not forgetting interior attractions like Uganda safari parks.
The second breakthrough registered in this symposium is concerning the air transport sector which has for long seen as a deterrent to regional travel with the flight with in the regions deemed the most expensive flight legs in the whole world. The state presidents resolved to have an open skies and a lift all travel barriers which will in turn make air travel affordable in the region and eventually lead to increase in regional travel including travellers that undertake Uganda safaris.
Uganda safaris/Uganda safari News
Prime Uganda safaris & Tours Ltd safari News