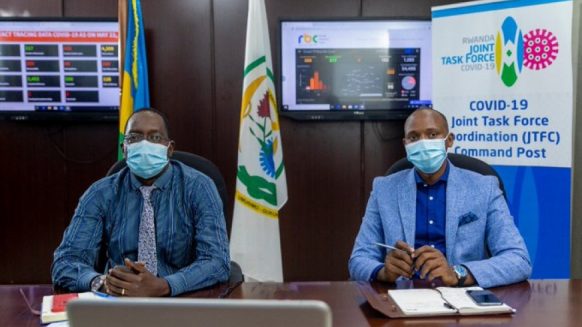 The government of Rwanda has called upon high vigilance amongst the public, especially in the City of Kigali, after two taxi moto operators in Kigali tested positive for the coronavirus on Sunday, June 21.

Speaking to state radio on Monday morning, Dr Sabin Nsanzimana, the Director-General of Rwanda Biomedical Centre (RBC), revealed that the two were sampled from ongoing mass testing that is targeting all taxi moto operators in the city. “They were discovered through the ongoing mass testing of taxi moto operators, which we have been conducting for the past five days,” Nsanzimana said.

The two were among the 26 new cases that were diagnosed from 3,252 coronavirus tests that were carried out on Sunday, June 21, and of these, six were found in Kigali.

According to Nsanzimana, besides the new cases found in taxi-moto operators, the other four infections are associated with a previous case and are related to Rusizi cluster one of the leading hotspots of the virus in the country.

Being the latest business to be given green light, Nsanzimana pointed out that, with the current situation, moto operators have the potential to contain the virus before it can spread among the public.

Taxi moto operators were halted from carrying passengers on March 21 in a bid to mitigate the possible risk of spreading the coronavirus, however, following the government’s resolutions, passenger taxi moto services were on June 2, allowed to resume operations.

Following the decision, however, fears have emerged that both the riders and passengers of taxi motos could be at high risk of spreading the virus.

“Taxi moto operators and the commuters using this mode of transport must observe the preventive measures put in place in order to contain the virus,” he said.

Before carrying a passenger, moto operators are also asked to use a hand sanitizer to clean the helmet, while the passenger should wear a cloth to cover their head before they can use a helmet.

On the other hand, Nsanzimana pointed out that, “It is still too early to tell where the new infections originated from, but we suspect that they could be related to the four other infected people (in Kigali).”

But before we can find that out, he added, “We strongly urge the public including those using taxi motos to adhere to preventive measures, it is very important because you will hardly know the status of those in your vicinity because most people are asymptomatic.”

Additionally, Nsanzimana said, “We are collecting available information, as we continue with the mass testing we are sure that it is possible to find new infections”

What is the current situation? 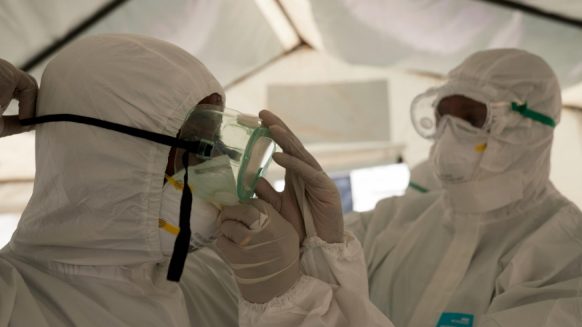 Apart from Rusizi and Kirehe districts which have been the leading hotspots of the new coronavirus cases, we normally follow up on each province to ensure there are no new community infections, Nsanzimana said.

While Rusizi has been put on lockdown and traffic to and from the area is only open to cargo transport, Kirehe continues remains open and according to Nsanzimana, Kirehe was not out on lockdown because the all the cases that have so far been diagnosed in the area were from truck drivers.

This is unlike in Rusizi, where there are community infections, he added.

“Today more people are travelling, across the country, which means that the pandemic is likely to spread more, but it is incumbent upon every individual to observe the measures in an effort to contain this virus.”

He added that “it is possible that we are going to live with this pandemic for slightly more than the time we predicted. Which means that we are supposed to learn how to live with it so that we don’t suffer the consequences such as losing more people.”

Other measures include urging all traders to accept digital payments as an alternative form of payment.

Citizens are also advised to continue the discipline of regularly washing hands, practising self-distancing, wearing face masks while in public and embracing cashless payments among others.

Rwanda has so far recorded 728 cases of coronavirus, of which 359 have since fully recovered. The country has also lost two citizens due to the virus.