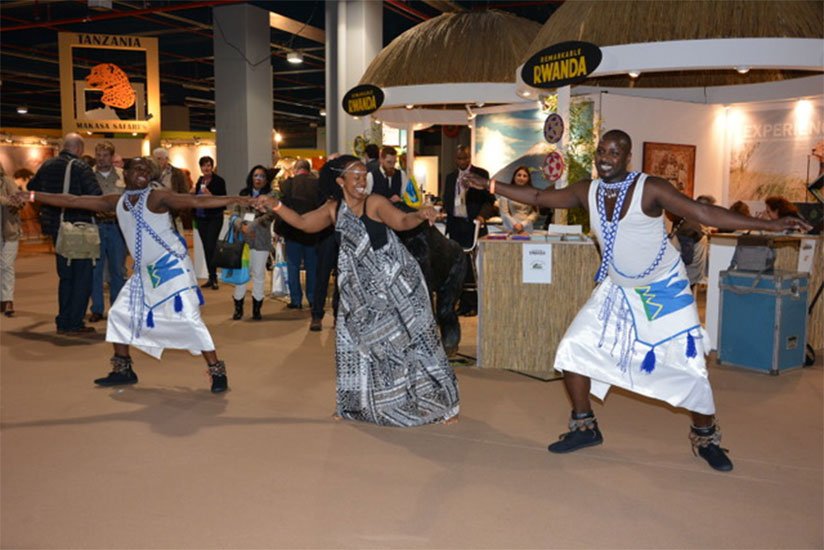 The destination Rwanda secured an excellence award recognizing her for the Best Small Booth at the New York Times Travel Show in the United States of America – one of the main originating areas of Rwanda Safari tour undertakers.

Rwanda’s stand was in the African section and its strength majorly included design and presentation. The traditional Rwandese attire locally referred to as Imicyenyero also complimented her unique stand to generate an award.  This is the third time that the destination Rwanda is participating in this expo showcasing her impressive attractions both natural and manmade with interest of stimulating world travelers to take up Safaris to Rwanda.

RDB welcomes the award which demonstrates the confidence that the destination Rwanda continue to secure from the tourism market globally.  The stand included RDB, tour operators and Airlines who took advantage of the exhibition to network with International buyers and share the tourism experiences.

The tourism sector powered majorly by Rwanda gorilla trekking safaris continues to dominate the country’s foreign exchange earnings which has in turn played a significant role in rejuvenating the national economy especially following the bloody genocide of 1994.

Of recent, the destination was listed among the top 17 countries to visit in 2017 by CNN which is an acknowledgement of her potential in the travel world.