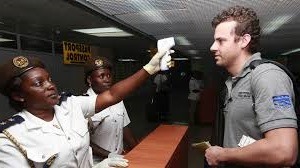 Ebola is one of those deadly viral – disease that can hastily bring person’s life to an end. Considering its effects in West Africa where it has taken root, the threat is already being felt in the East of Africa as some travellers including those who were planning safaris to Rwanda have started to cancel their trips due to Ebola scourge thinking that it all over Africa.
Though this is a wrong perception as no cases of Ebola has been reported in the East of Africa and taking into account the distance in between these two regions, Rwanda has beefed up the efforts to prevent the spread of this deadly virus to her country. In this effort, all travellers including Rwanda safari undertakers travelling from Republic of Guinea Conakry, Sierra Leone, Liberia, USA and Spain or who have travelled through those countries within the past 22 days had been required to give an update of their health status on daily basis by calling toll free 144 and for a minimum of 21 days for long stay visitors. The signs feature fever, Headache, Joint and sore throat.
This strategy was seen as a perfect move to ensure Ebola free Rwanda and better lives for Rwandese and for those on safari in Rwanda. The listed countries  confirmed cases of Ebola with Spain losing two missionary priests that contracted it separately from sierra Leone and Liberia, USA has recorded one death and two confirmed nurses with more 100 being tracked. In Guinea the number is up to 45,000.
However, this could not stand the test of time as the embassy of USA in Rwanda had issued a statement calling the American nationals to reconsider travelling to Rwanda. In return the Health Minister Agnes Binagwaho called off the special screening of USA and Spanish travellers and apologized for the inconveniences brought about by her singular decision. This followed unpopular support for the move even from the Rwandan Head of State Paul Kagame and when she reversed it, the President applauded her noting that she has sometimes acted first and though later which should be the other way round. Thus, travellers from Spain and USA who had been planning safaris to Rwanda including gorilla safaris, cultural tours and Wildlife safaris should go ahead without any limitation.