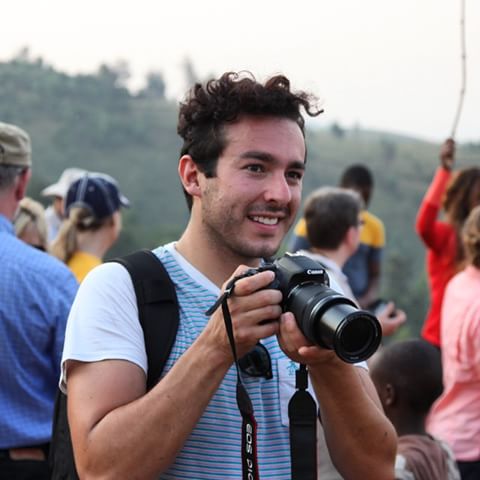 The group of students in the village of Bisate in Rwanda Africa have had an opportunity to narrate their stories through writing and photography during the Photo camp organised by the National Geographic from 4th  – 8th Dec 2016.

Organized in conjunction with the Dian Fossey Gorilla Fund International the non-profit organisation that is concerned with Mountain Gorilla Conservation in the Virunga massif – the destination for Rwanda gorilla safaris and tours, the 2016 Photo Camp has been exciting and educative.

Ronan Donovan and Pete Muller the photographers of National Geographic undertook the mentorship of the fifteen (15) participants in the age range of 14 – 17. The workshop which lasted four (4) days aimed at enhancing the use of photography along with visual storytelling to undertake the documentation of Rwanda Safari wildlife, culture along with the people. The final multimedia student presentation occurred on 8th Dec in the village of Bisate.

The Deputy Director of Center of Excellence at National Geographic Kaitlin Yarnall noted that the Photo Camp aims at inspiring the new generation of storytellers along with the community members who view their work.  The Rwanda Photo Camp is believed to form a ground for creative outlet from which the unique aspects including the magical sites that can be explored on Safaris in Rwanda would be unveiled.

The National Geographic Photo Camp has organized a range of similar programs since 2003 to over 1,500 young people across 73 locations. The cameras are supplied by the Olympus Imaging America Inc. The Bistate village is home to many community engagement projects of Dian Fossey Gorilla Fund founded in commemoration of the legendary Dian Fossey who established the Karisoke Research station in 1967 and contributed significantly to the research and conservation of Mountain Gorillas.