Rwanda has got many ceremonies 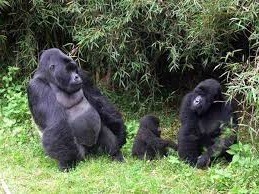 which have greatly attracted many people to come for gorilla trekking safaris to Rwanda. Rwanda’s annual Kwita Izina, which also involves the Rwanda’s traditional way of naming the mountain gorillas. this ceremony is loved by many tourists who have decided to take up tour visits to Rwanda.

Rwanda has encouraged a lot of sustainable tourism which has helped in increasing the conservation and preservation of the mountain gorillas. This ceremony was launched in 2005 and it has brought about naming 173 baby gorillas by many different people, these are mainly conservationists, presidents and many more. This has encouraged many people to engage in gorilla safaris in Rwanda.