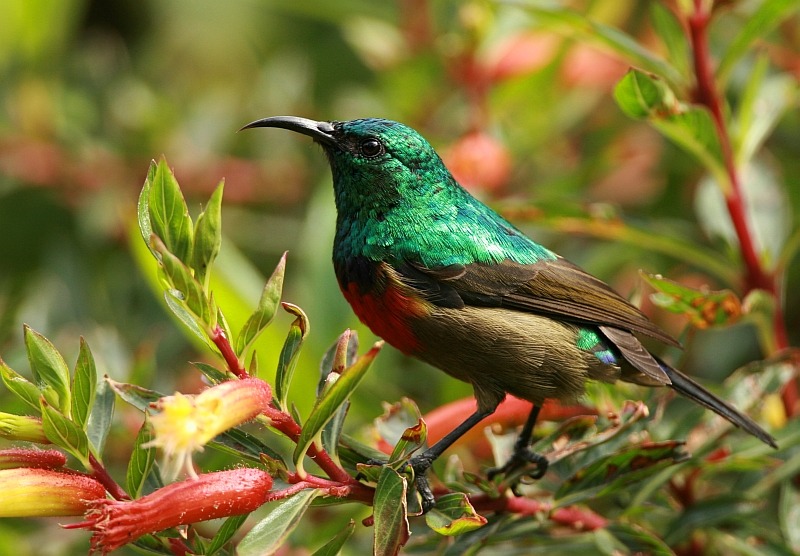 Scientifically referred to as Cinnyris stuhlmanni, the Rwenzori double-collared sunbird is one of the unique bird species explored on Uganda birding safaris and tours belonging to the family Nectariniidae.
Noted to be among the endemic bird species of Albertine Rift, the Rwenzori double-colored sunbird thrives in the legendary Mountains of Rwenzori – a common site for adventure vacation safaris in Uganda Africa.

The habitat of this sunbird includes tropical dry forests and sub tropical forests.  They stand as large sized bird species where the male is marked with silky green head, upper breast and throat. Its upper tail features a bluish colour while the under parts of the bird are dark olive as viewed while on birding safari in Uganda.  The eyes are dark brown while the black bill is decurved and long. The feet and legs are also black. The female features dark greyish-brown upper sections along with blackish-brown tail.

The Rwenzori double- colored sunbird is threatened by habitat loss but it is still listed as species of least concern on the red list of International Union for Conservation of Nature (IUCN).  Birders on Uganda tours can visit Rwenzori Mountains to gain chances of exploring this amazing bird species.