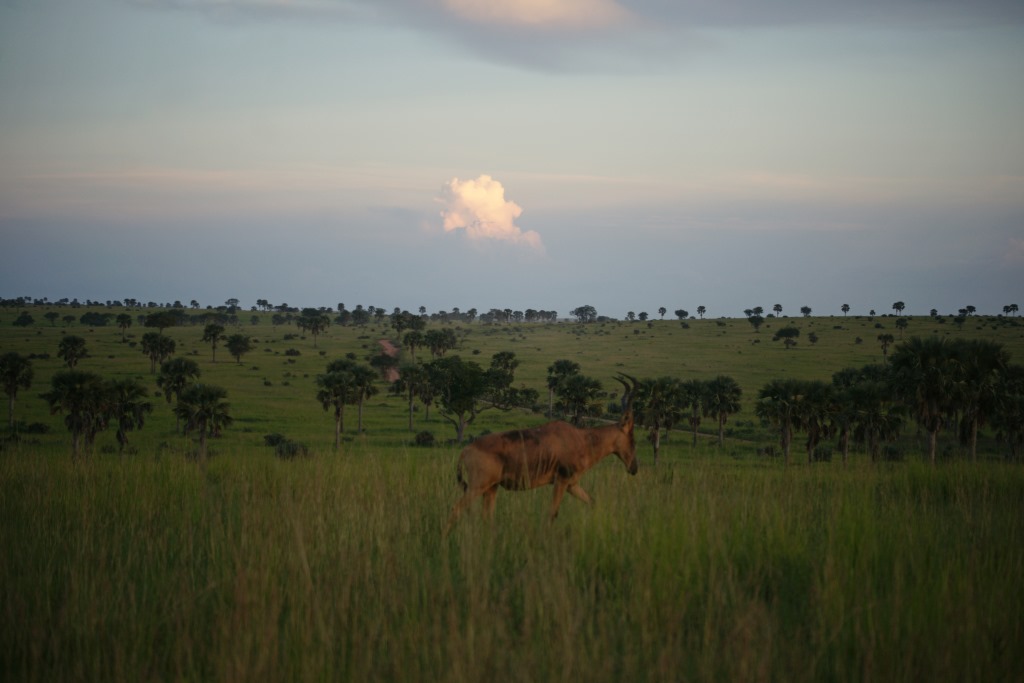 Standing to North east of the country, the Uganda Safari tour destination of Murchison Falls National Park is one the magical landscapes whose beauty has stood unmatched both in the ancient and contemporary times.

The whole experience starts with the famous Nile River that bisects the park into the north and southern parts leaving one of the greatest natural landmarks – the Murchison Falls which ranks as the most powerful waterfall in the world. Travellers on Safari in Uganda are often mesmerised on how the mighty Nile River squeezes itself to pass through a less than 7m ravine before falling 43m below to what has been termed as the Devils Cauldron generating a plume of spray marked with a trademark rainbow.

The recreational boat ride along the calm stretch of the River offers remarkable views of the gigantic historical Nile Crocodiles basking in the sun, great schools of Hippos, unique bird species including the vulnerable shoebill stork and the counts of wild game drinking on the soothing river waters.

The northern section of the park is marked by very magnificent open savannah landscape with intersection of beautifully grown Borassus palms presenting the great concentration of wild game including the world’s tallest mammal – the Rothschild Giraffes, Africa Savannah elephants, Buffaloes, Jackson Hartebeest, Oribis, Defassa waterbucks, Uganda Kobs along with predators including lions, leopards and Spotted hyenas to thrive at length.  It is a popular site for classic game drives while on wildlife safaris in Uganda.

The southern sector is a more of a savannah woodland habitat and features less wild game but rather offers impressive birding opportunities in Rabongo forest and the adjoining Kaniyo Pabidi forest which is also home to over 800 chimpanzees some of which are habituated for tracking.

All these combine to make Murchison Falls National Park a beyond the ordinary destination that should be given consideration while planning a holiday safari to Uganda.