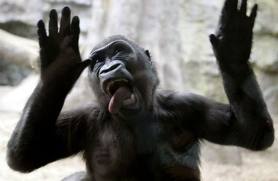 Gorilla Safari Uganda, Rwanda are on an increase due to the mountain gorilla is one of the two subspecies of the eastern gorilla. There are two populations. One is found in the Virunga volcanic mountains of Central Africa, within three National Parks: Mgahinga, in south-west Uganda; Volcanoes, in north-west Rwanda; and Virunga in the eastern Democratic Republic of Congo (DRC).

The other is found in Uganda’s Bwindi Impenetrable National Park  incase of Uganda safari. Some primatologists say that the Bwindi population in Uganda may be a separate subspecies, though no description has been finished. As of November 2012, the estimated total number of mountain gorillas is 880.

Mountain gorillas are descendants of ancestral monkeys and apes found in Africa and Arabia during the start of the Oligocene epoch (34-24 million years ago). The fossil record provides evidence of the hominoid primates (apes) found in east Africa about 18–22 million years ago. The fossil record of the area where mountain gorillas live is particularly poor and so its evolutionary history is not clear.

It was about 9 million years ago that the group of primates that were to evolve into gorillas split from their common ancestor with humans and chimps; this is when the genus Gorilla emerged. It is not certain what this early relative of the gorilla was, but it is traced back to the early ape Proconsul africanus.

Mountain gorillas have been isolated from eastern lowland gorillas for about 400,000 years and these two taxed separated from their western counterparts approximately 2 million years ago.

In 2003 after a review they were divided into two species (Gorilla gorilla and Gorilla). The fur of the mountain gorilla, often thicker and longer than that of other gorilla species enables them to live in colder temperatures. Gorillas can be identified by nose prints unique to each individual. Males, at a mean weight of 195 kg (430 lb) and upright standing height of 150 cm (59 in) usually weigh twice as much as the females, at a mean of 100 kg (220 lb) and a height of 130 cm (51 in).

This subspecies is on average the second largest species of primate; only the Eastern Lowland Gorilla, the other subspecies of Eastern Gorilla, is larger.Adult males have more pronounced bony crests on the top and back of their skulls, giving their heads a more conical shape. These crests anchor the powerful temporary’s muscles, which attach to the lower jaw (mandible). Adult females also have these crests, but they are less pronounced. Like all gorillas they feature dark brown eyes framed by a black ring around the iris.

Mountain Gorilla are so amazing and this has made many travelers to visit countries were they are conserved and preserved which has led to increased gorilla safaris.