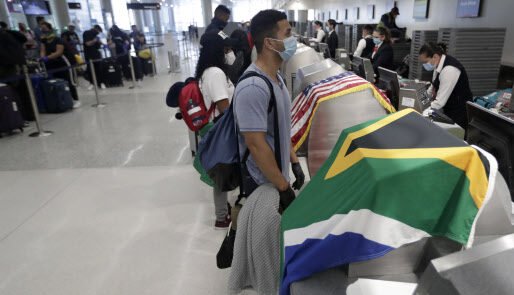 For the past three weeks, government consulting with stakeholders in the hospitality industry and all spheres of government with the view to identify suitable accommodation facilities for South African citizens who will be repatriated from Wuhan City in Hubei Province, China.

It should be remembered that the President of the Republic of South Africa, His Excellency Cyril Ramaphosa announced the repatriation following a cabinet decided on this course of action and after due consideration of the circumstances, including several requests from the families of South Africans in the city.

About 151 South African nationals will be repatriated. They are currently living under lockdown conditions following the outbreak.

We wish to reiterate that none of the affected individuals has been diagnosed with the virus nor have they exhibited any symptoms thereof.

As an added precautionary measure, it was decided that upon arrival in South Africa, these citizens will be placed in quarantine.

We can confirm that the government is currently sourcing suitable accommodation facilities all over the country. This process is now almost concluded. This includes hotels, game reserves and resorts in remote areas. 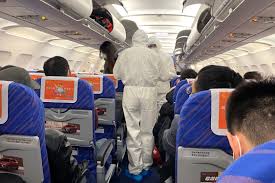 The viewing of various facilities has been underway. Once a decision is made to select specific facilities has been made, further consultation with stakeholders including leaders of society and communities at large will be undertaken. We also assure the public that the quarantine facility will have very strict military security parameters. These are some of the measures that will be put in place to ensure that communities that live nearby such a facility are not in any way exposed and there is no contact with people who will be under quarantine.

We have now requested all the facilities we have engaged with in the past three weeks to desist from engaging with the media as this may prejudice government’s planning and compromise security measures meant for the local communities and even the citizens who will occupy the accommodation.

The welfare of all our people both in the country and those that are in Wuhan is of priority to us. We will continue to work towards strategies that are aimed at protecting our own, during this outbreak.

We, therefore, express our appreciation to the members of the media who have fulfilled their duties whilst exercising restraint to allow the government to fulfil its duty to its citizens.

We urge media houses to be sensitive when publishing. Information that may be prematurely disclosed by the media without being released or confirmed by the government may be disruptive to the operations, planning processes and implementation strategies that government is embarking on.

We have committed to being transparent, keep the media and the public fully informed on all relevant information. We will not renege on this commitment. But we also need the media to respect that people’s lives are involved. They also have a right to privacy. Government, the media and all citizen, therefore, have a responsibility to ensure that what is publicly disclosed and reported does not add to the trauma, fear, panic and anxiety that is already being experienced by the families that are directly impacted by this outbreak.