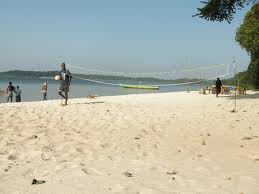 The Ssese Islands comprise of eighty four (84) Islands in the north west of Lake Victoria which is one of magical wonders always visited by travelers on safaris in Uganda. The Ssese Archipelago adjoins the district of Kalangala which has no territory on the country’s main land.
The Ssese Islands occupy the north west of Lake Victoria which is noted as the largest lake in Africa and the second largest fresh water lake in the world and the largest tropical lake in the world. Bulago is the largest Island among the 84 land pieces that form Ssese and Kalangala town is the headquarters and form the naming of the district. The district stretches to about 51km surrounded by water lying in the south west of Entebbe peninsular where the International Airport is located that is used by the Uganda safari undertakers to connect to and from Uganda. Kalangala lies in the geographical coordinates of 0° 26′ 0.00″S, 32° 15′ 0.00″E.
The Ssese Islands are structured in two groups namely the Bugala group which is the largest and the Koome group named after Koome Island in the northwest. The two mentioned groups are set apart by the Koome channel as it is always encountered by travellers on Uganda safaris and tours. The range of other Islands in the Bugala section include; Bubeke, Bugaba, Bufimbira, Bukasa, Boyoya, Serinya and Funve The other Islands in Koome section include; Koome, Luwaji and Damba.
Exploring the Ssese Island destination is one of the memorable romantic encounters that you can ever have in Africa and Uganda in particular. It is a remarkable tropical paradise. Resting in its fine sands with extended beaches surrounded by the blue fresh waters of Lake Victoria amidst the brightening sunshine of the tropics combine to qualify it as a great romantic destination for world honeymooners and thus worthy of including on the list of where to explore while planning safaris to Uganda.
The Ssese Islands are occupied by the native Bassese tribe which has close links to the Baganda and the Basoga with a close specking dialect. The Islands traditionally were great spiritual sites in the area and ancestral spirits and gods were thought to be residing there. The Islands were noted earlier in the books of explorers with Henry Stanley noting their inhabitants as principal canoe builders and the greater number of sailors of Mtesa’s Empire. Thus visiting this site is tracing the footsteps of the great travel giants.
Undertaking sport fishing encounter on the shores with possibility of getting the gigantic Nile Perch also adds a thrilling encounter to your stay on the Islands. The Sssese Islands also have got impressive wildlife including primates like vervet monkey and colobus monkey not forgetting a range of bird species such as hornbill, robin-chats, barbets, turaco, weaver, flycatcher, fish eagle, paradise fly catcher, kingfisher, palmnut vultures, brown-throated wattle-eye, great cormorants, colorful butterflies and little egret.
Uganda safaris/Uganda safari News
Prime Uganda safaris & Tours Ltd