THE TALE OF ELECTROCUTED ELEPHANT AT QUEEN ELIZABETH NATIONAL PARK 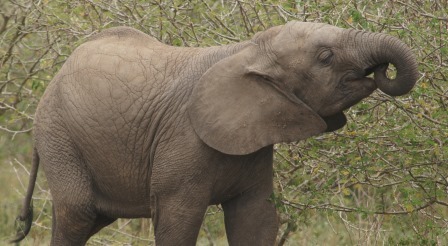 The mature bull elephant was on June 20th found dead in the Uganda Safari tour destination of Queen Elizabeth National Park.  Elephants are noted to be members of Big five species thriving in the savannah and forested landscapes of Africa including Uganda presenting an exciting natural beauty crowned by its gigantic body size and precious ivory tusks and indeed its among the prime attractions that continue to pull a range of world travelers to take up safaris and tours to Uganda

According to Jossy Muhangi the Public Relations Manager of the Uganda Wildlife Authority, the elephant was aged 35 years and its Carcass was identified lying close to a ground transformer with the cables connected to the adjacent electric pole. The elephant had smashed the wire mesh fence enclosing the transformer as it attempted to make its way through the enclosure.

The Uganda Wildlife Authority park rangers who were on Patrol identified the carcass after which the Umeme – the power supplier was notified and the power temporarily switched off to provide for the tusk recovery. The travellers on wildlife safari in Uganda visiting Queen Elizabeth National Park could not miss out on the news circulating in the park that day.

The incident occurred in the Mweya Peninsular which is a game drive area, vantage point for sightseeing of the Lakes Edward and George, Kazinga Channel and the Rwenzori Mountains not forgetting a jetty for the boat cruises along the Kazinga Channel which is one of the prime activities in the park undertaken by world travelers on Uganda safaris and tours.

This electrocution is the third of its kind in the park in a period of less than four (4) years with other case reported to have occurred in Katunguru and the Fig tree areas in Rubirizi district.