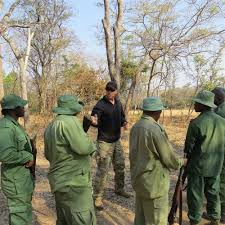 A hands-on wildlife crime scene investigation (CSI) Course was conducted by the government of United States at the Dar es salaam Police Academy between 5th and 8th December 2016 with the aim of providing upgraded skills to disrupt poaching of Tanzania Safari tour wildlife along with its trafficking networks across the country.

The statement issued by the US Embassy based in Dar es Salaam revealed that the training was backed by the US government via its two (2) bodies – the Fish and Wildlife Service (FWS) Office of Law Enforcement and United States Agency for International Development (USAID).  The beneficiaries of the training included Tanzania Police Force, Tanzania National and Transnational Serious Crimes Investigation Unit (NTSCIU) along with Office of the Director of Public Prosecutions (DPP).

The other participants included investigators from the Ministry of Natural Resources and Tourism and Wildlife Management division of wildlife responsible for ensuring the survival of wildlife species which form a strong base for East Africa Safaris and tours in Tanzania. The course equipped the participants with knowledge on how to approach the wildlife crime scene, gather evidence and maintain custody chain along with documentation.

In addition to the training, the Government of United States donated ten (10) crime scene evidence collection kits to the agencies that participated in the course with each kit comprising DNA sample collection kits, camera, evidence sealing bags, seizure evidence tags and chain of custody forms according to the Embassy statement.

The similar course is noted to also have been conducted in destination Uganda between 28th November and 2nd December to enhance the protection of Uganda Safari wildlife. It was developed following the 2015 wildlife trafficking assessment which was conducted under the US Department of Interior’s International Technical Assistance Programme where the need to institute crime scene management practices in the region of East Africa was realized.