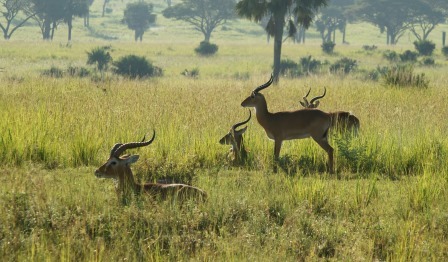 East Africa comprising of Uganda, Rwanda, Kenya, Tanzania and Burundi is one of the blocks that form the greater continent of Africa. It holds a good position in terms of tourism and travel and shares a proportion of travelers that come to Africa as some of them are interested in gorilla trekking safaris in Uganda or Rwanda gorilla safari tours. The range of wild game that thrives in the rolling savannah combretum of the East African national Parks including Queen Elizabeth National park, Murchison Falls National Park, Serengeti National Park among others form a great ground for wildlife safaris in the region.
Due to increasing interconnectedness between these states and the need to facilitate easy transfer of tourist between destinations within the region including safaris in Uganda, the East African countries resolved to have a single tourist visa that would allow a traveler to traverse all countries on one visa other than purchasing visa for each country.
Though this was seen as perfect move that would ultimately increase the number of tourists in the region including those planning safaris to Uganda, some countries including Tanzania were hesitant to join the initiate citing issues like lack of citizen Identity Cards by Tanzanians. The Minister of Tourism in Tanzania refuted the claim that Tanzania was an impediment to Single tourist visa move that had already been agreed upon by partner states of Uganda, Rwanda and Kenya. The Minister noted that the country is in the evening hours of Identity cards issuance thus will join the move of the single tourist visa alongside other partner states.
The implementation of the Single tourist visa is seen as a good move towards building regional competitive advantage and at a cost of $120, the International holiday makers including those that undertake safari holidays in Uganda have started to respond positively.
Uganda safaris/Uganda safari News
Prime Uganda safaris & Tours Ltd safari News.