The 2015 miss tourism contest is on – Uganda safari news

Home » The 2015 miss tourism contest is on – Uganda safari news 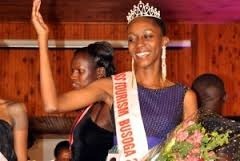 The Miss Tourism Uganda contest is an annual event that is aims at getting the face of the Uganda’s tourism industry and in the process it has become an attraction in itself supplementing on Uganda safari attractions.
The event was launched on Friday 13th March at Fair Way Hotel and with the support of the Ministry of Tourism Wildlife and Antiquities, the Uganda Tourism Board and a range of Airlines it is by all means destined to succeed.
The Miss Tourism Uganda as usual will follow regional clusters where Uganda safaris are always conducted including the 9 clusters of last year namely; Busoga, Ankole, Buganda, Teso, northern Uganda, Tooro, Kigezi, eastern Uganda (Bugisu) and Bunyoro. Interestingly to note is that other two clusters have been added that is; Karamoja and West Nile.
The Minister during the launch noted that the funding for the contest would be increased from the one million shillings that was disbursed last year per cluster to 4 – 5 million per cluster. This would definitely ensure the smooth running of the event thus attracting crowds in attendance including those on safaris in Uganda.
The launch of the event was graced by the officials from the Ministry, the sponsoring Airlines, the Uganda Tourism Board (UTB), reigning Miss Tourism Patricia Ntale Babirye along with the contestants of last year not forgotten
The Minister of Tourism Maria Mutagamba acknowledged the Miss Tourism Uganda contest citing that it has given the ministry an image that she used to desire. The significance of women in tourism development has been recognized globally and thus empowering them through the pageant and exposing them to different tourism sites both locally and internationally is a positive step towards increasing safaris to Uganda.
This year’s pageant like the one of last year will run under the theme “Discovering the wonders of Uganda”. The pageant will be searching for an intelligent, enthusiastic and attractive girl that would be the tourism Ambassador of Uganda.The contestants are required to be between 18 – 29 years of age and must have completed A’ level with good English command. They should be Ugandan by nationality.
Uganda safaris/Uganda safari News
Prime Uganda safaris & Tours Ltd