All questions and answers about the Hadzabe bushmen

The whole world isn’t digital yet, there some tribes that have maintained the traditional way of living long known as history. The Hadzabe bushmen in Tanzania-Arusha still live the hunter gatherer life.

What is a hunter-gatherer life?

This is a lifestyle where the bush is the sole provider of everything for those who live there. The bushmen from their name, typically survive in the bush and their lives depend on animal hunting and fruit gathering. They haven’t seen a doctor, classroom or understood tax their whole lives, they only know their hunting skills. 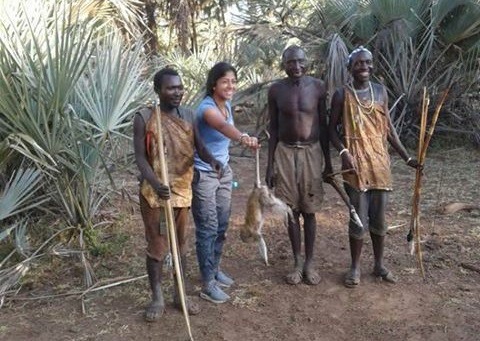 Hadzabe bushmen after a hunt catch

How the Hadza/Hadzabe bushmen live.

The Hadzabe bushmen are a small ethnic group of people (less than 1000) who have up to date maintained their hunter-gatherer lifestyle. They are one of the last active hunter-gatherers in the world only seen on a Tanzania safari to their homeland.

For a healthy living, the green commiphora tree provides a mosquito-repelling sap, the sansaveria juice provides a cure for snake bites and aloe is used to heal cuts. Other medicines are derived from plant roots.

The Hadzabe bushmen live in caves during the rainy season then the trees and bushes become home during the dry season. Their homes are marked by vertical sticks in a semi-circle with beddings made from Kudu and Impala hides.

They don’t regularly change clothing like how it is with other people. The men wear shorts and animal hides whereas the women wrap colorful clothes around themselves. They decorate themselves with jewelry made from fur, hides, beads and porcupine quills.

Bushmen make fire from sticks that they rub to light, this helps in roasting meat and heating up in the cold. If you heard about this before, experience it when you tour Tanzania and interact with bushmen.

Men and women socialize differently, the little children and babies live with their mothers and boys of 7 years and above live mostly with the men, this helps to instill skills.

The Bushmen are monogamous (marry more than one wife). Two big baboons and several liters of honey work as bride price for marrying a single woman.

Where do the bushmen live?

Lake Eyasi in Tanzania close to the Serengeti Plateau is one of the few places in Africa where bushmen still exist. The Bushmen life is almost untouched in spite the development in the neighboring regions. For more than 10,000years, Lake Eyasi has been home to the Hadzabe bushmen.

Lake Eyasi, has one principle spring, the Sibiti River, which provides water for the Hadzabe bushmen.

Safari Tanzania’s Lake Eyasi and you witness how the bushmen have continued to survive even with the unending development around the world.

What makes the Hadzabe bushmen in Tanzania worth visiting?

When you visit the bushmen get ready to observe an early morning hunting demonstration with very creative tactics of capturing wild animals, you can hunt with their bows and arrows. Later in the day be ready to participate in honey gathering

The tour will end with traditional dance performances, that tourists indulge in. If you wish to leave with some of their items, you can trade them with your possessions like hats. 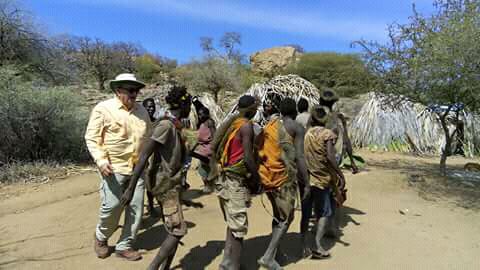 The bushmen language resembles the click languages of other bushmen further south in the Kalahari Desert. Just listening to them speak will amaze you.

The shallow Seasonal lake Eyasi that fills with water after rains is home to an array of bird’s species.

A Tanzania tour to the Hadzabe bushmen territory is the only thing that offers an unforgettable sight of an ancient culture. Being few in number left in the world, taking time to live around this disappearing culture is worth a lifetime experience.

Count every single minute of your life in the wild as you meet those who live a very indigenous life as they hunt and gather different kinds of animals and fruits for survival. This doesn’t happen everywhere, go for a safari in Tanzania and have a lifetime experience.