THE FATE OF KASUBI TOMBS; A SET BACK IN UGANDA’S TOURISM – UGANDA SAFARI NEWS

Home » THE FATE OF KASUBI TOMBS; A SET BACK IN UGANDA’S TOURISM – UGANDA SAFARI NEWS 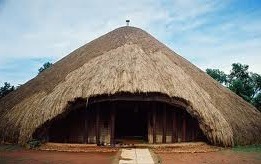 Located on Kasubi hill over 4 Km from the Kampala city center, Kasubi tombs are a great Uganda safari offer as they stand as an ancient heritage of the people of Buganda and also give a general representation of the traditional setting of the entire people of Uganda. The Kasubi tombs are the burial grounds for the Kings of Buganda of which four Kings lay in rest and these include;  Muteesa I (1835–1884), Mwanga II (1867–1903), Daudi Chwa II (1896–1939) and Sir Edward Muteesa II (1924–196) making it a rich product to be visited while on Uganda safari. The unfortunate thing about this Uganda safari product is that in 2010, it was swept out by fire that is still uncertain up to today. This greatly affected the safari visits to this world heritage site as recognized by UNESCO. It used not only to provide a starting point or an ending point of many Uganda safaris; it also provided the core product of the Kampala city safari tour. Apparently the site is under construction with efforts directed at restoring it so as to increase safaris to Uganda. Once it is finished, it will form a core of Uganda’s cultural safari products or supplement the wildlife safaris.