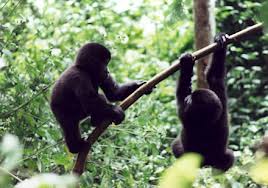 Uganda has many beautiful tourist attractions and these have attracted many safaris to Uganda. In addition to the presence of stunning national parks, Uganda is rich in beautiful lakes and rivers. Uganda is very challenging with wild nature, wilderness filled with a collection or herds the animals plus the various sounds of birds chirping and chatter of the wild monkeys in the forests. This makes Uganda a tourism potential to be explored.

A safari to Uganda will expose you to Lake Victoria which is one of the great lakes of Africa and the third biggest lake in the world. It is the main reservoir of the Nile River and is the largest fresh water lake in Africa. It is known for its abundance of fish, which is likely to attract many tourists. There are many tourist activities which are carried out by tourists who come for safaris to Uganda.

The kidepo National Park is one of Uganda’s most spectacular parks. It offers breathtaking savannahs landscapes, which ends in rugged horizon. The vegetation can most excellent be described as open tree savannah which varies much in structure and composition. The flora and fauna of the park are more typical of Kenya than the rest of Uganda, such as lion, cheetah, leopard, bat-eared fox, giraffe – as well as almost 500 bird species. These animals have greatly helped in attracting many tour visits or safaris to Uganda.

Bwindi Impenetrable National Park is an incredible reserve home to many of Africa’s most endangered mountain gorillas. Many mountain gorilla trekking safaris have been carried out by tourists who come to Uganda. Bwindi is a haven for gorilla tracking. It is known for its exceptional biodiversity, with more than 160 species of trees and over 100 species of ferns. The park is part of the Bwindi Impenetrable Forest, and is situated along the Democratic Republic of Congo border next to the Virunga National Park and on the edge of the western Rift Valley. Many species of birds and butterflies can also be found there, as well as many endangered species, including the mountain gorillas in Rwanda Uganda and Congo.

Kampala is the capital city of Uganda and it has greatly attracted many safaris to Uganda. In Kampala you can see the Uganda museum, Kasubi tombs, where the remains of the Kings of Buganda are buried, was a major tourist site. However, these were extensively damaged by fire in March 2010, Nommo art gallery, National Theatre and also Cathedrals, Rubaga and Namirembe.

A Uganda safari is to expose you to Kasubi Tombs which is a place where the Kabaka and others in Buganda’s complex cultural hierarchy frequently carry out important centuries-old Ganda rituals. It is built in 1882 and converted into the royal burial ground in 1884. Four royal tombs now lie within the Muzibu Azaala Mpanga, the main building, which is circular and surmounted by a dome. It is a major example of an architectural success in organic materials, principally wood, thatch, reed and wattle.