THE GDP OF RWANDA PEGGED AT 6.5% – RWANDA SAFARI NEWS

Home » THE GDP OF RWANDA PEGGED AT 6.5% – RWANDA SAFARI NEWS 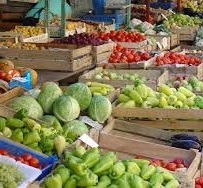 Rwanda is one of the prime safari destinations of East Africa. It attracts a lot of visitors both international and domestic to undertake safaris in Rwanda. Rwanda has gone ahead to offer a wide range of tourist products ranging from gorilla tracking in Volcanoes National Park to Chimpanzee trekking in Nyungwe forest National Park and wildlife safaris in Akagera National Park.  The Rwanda’s tourism industry has been expanding over time contributing substantive amounts to the national revenue. This is one of the reasons behind the 6.5% GDP registered in Rwanda.

This is backed by firm regional integration of the East African Community, returns from agriculture Mining and service sector in the country. Apparently, Rwanda is second to Mauritius in terms of good business environment. Such form of progress has made Rwanda’s long-term local and foreign currency Issuer Default Ratings to B+ which has made her to join similar ranks of Kenya, Mozambique and Nigeria.

This rise is the first to be noted since 2010 which depicts strong economic growth with average GDP of 6.0% between 2009 and 2014 in a steady macro environment. The reduced exchange rate depreciation has ensured the reliable monetary economy even during the donor crisis of 2012/13.

This depicts a stable and promising macro-economic environment in which tourism investments can flourish thus increasing safaris to Rwanda.