The gorilla permits in Uganda

Home » The gorilla permits in Uganda 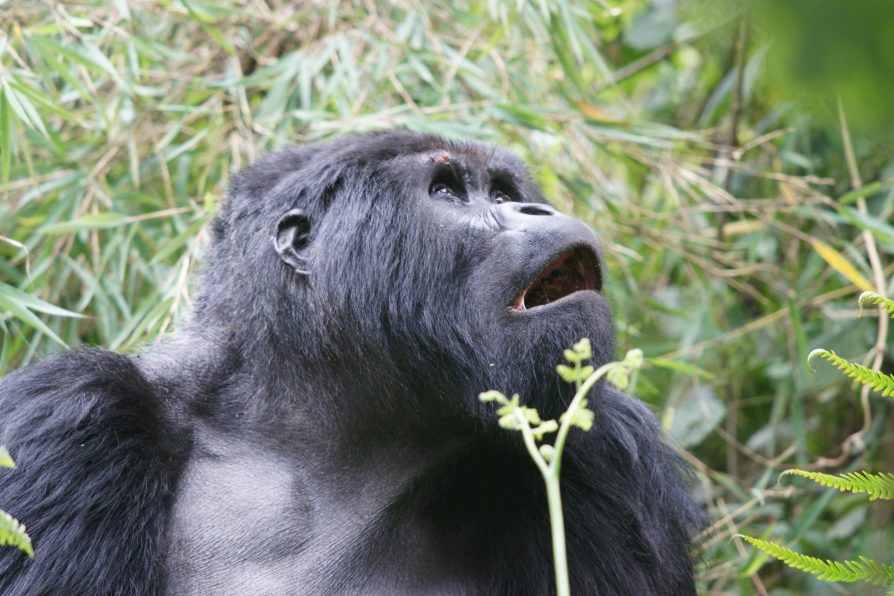 Uganda also crowned the Pearl of Africa features a myriad of wonders among which include the endangered mountain gorillas that have formed the ground for gorilla safaris in Uganda. As a result of their exclusiveness and special touch, the mountain gorillas are by no means ordinary and to access them one needs to have a gorilla permit booked far in advance.
The seasons marked with considerable travel especially the months of less rainfall, the world travelers devote their time to undertake Uganda gorilla safaris. As a result the demand becomes high and the permits may get finished. This explains why it is always advisable to secure the gorilla permits in advance especially if the tracking period is in the months of Dec to February and from June to August.
The destination Uganda presents a count of 104 gorilla permits on a daily basis with 96 of these available in Bwindi Impenetrable National Park while the remaining 8 exist in the adjacent Mgahinga Gorilla National Park to the south of Bwindi. These two destinations feature a complete gorilla trekking experience with the resident gorilla groups fully habituated for human encounter. Sections of wild gorillas have been kept in their natural state to serve the interests of conservation. For example in Bwindi Impenetrable National Park, there are only 12 habituated gorilla groups out of the 400 minimum mountain gorilla population that is believed to be thriving in the park. The intensity of gorilla families that are habituated in Bwindi Impenetrable National Park in turn gives the park an opportunity to host many travelers on gorilla trekking safaris in Uganda than any other park in Uganda and beyond where mountain gorillas exist.
Uganda gives out her gorilla permit at $600 per permit for the foreign nonresidents, $500 per permit for the foreign resident and the citizens of the partner states of the East African community pay 250,000/= for each permit. It can be noted that one permit is to one person. However, the destination Uganda has provision for reduced gorilla permit prices in times of rainy seasons especially in the months of April and May and then the month of November. These permits are always announced by the Uganda Wildlife Authority at the beginning of each year whether they are to be available that year. The world travelers that prefer to travel at low cost have always found this interesting and have opted to do gorilla safari in Uganda  in those months. The permit prices reduce to $350, $300 and 150,000/= respectively.
The sale of gorilla permits in Uganda is under the sole control of Uganda Wildlife Authority and can be booked directly at its offices in Kampala along Kiira Road Plot 7 Kamwokya though the permits of Mgahinga are booked and paid at its branch in Kisoro because the Nyakagyezi gorilla group initially had the habit of crossing to Congo which prompted the Authority to first confirm its availability in the park before they issue the permits for its tracking.
The gorilla permits of Bwindi are issued according to regions and the park features four (4) regions and the number of permits issued would depend on the number of gorilla groups in the area. The Buhoma region in the north has 3 gorilla families and thus offers 24 gorilla families which is the same as Ruhija in the east while Rushaga in the south has 5 gorilla groups thus offering 40 gorilla permits and eventually Nkuringo in the south west has 1 gorilla family offering 8 gorilla permits.
The Uganda Wildlife Authority requires the passport details to print the gorilla permit and the electronic cards are now being issued instead of the paper permits that were previously used.