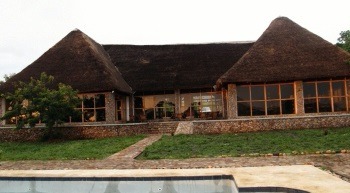 The Ihamba Safari Lodge in the west of Uganda neighboring Uganda safari destination of Queen Elizabeth National Park is proud to have bagged gold at the 29th International Quality Summit Convention held recently in New York
The Ihamba Safari Lodge was recognized for its distinguished quality and its tireless commitment towards excellence and the satisfaction of its guests including those that are on safaris in Uganda.
The managing Director of Ihamba Safari Lodge Jolly Twebaze Ngabirano received the prize at the Marritt Marquis Convention Halls in New York from Jose E. Prieto who is the BID group president and with excitement she noted that the award will stimulate them to enhance further the service quality at the Ihamba Safari Lodge to ensure that the guest expectations are surpassed. The lodge mostly serves clients on Uganda safaris and tours.
The International Quality Summit 2015 Award Ceremony is a section of the BID annual program conventions with the aim to recognize the status of the outstanding companies, entrepreneurs and organizations. Thus considering the global competition, the award given to Ihamba Safari Lodge cannot be taken for granted.
The lodge is also among the tourist facilities that received the certificate of excellence for the Trip Advisor this year. This is got from the positive reviews from the travelers who gave reached at the facility including those on safari in Uganda.
The Lodge located on the shores of Lake George presents a thrilling resort environment in a savannah setting that give it an ideal impression of a safari lodge. Such quality awards can be seen as steps through the international community can come to appreciate the quality of attractions and service in the country thus prompting world travelers to plan safaris to Uganda.
Uganda safaris/Uganda safari News
Prime Uganda safaris & Tours Ltd