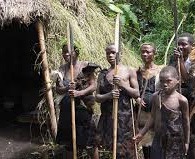 The International tourism expo the second of its kind came to an end on this weekend after two and a half days exhibition featuring great Uganda safari products at the Uganda National Museum.
Arranged by the Uganda Tourism Board, Ministry of Tourism, Wildlife and Antiquities and a range of safari lodges in Uganda including upcountry hotels, tour operators that package tourist products that pull travelers to plan safari tours to Uganda and Uganda Wildlife Authority which showcased Uganda’s protected areas including national parks, game and natural reserves such as Bwindi Impenetrable National Park the haven for gorilla trekking safaris in Uganda, Kibale National Park the haven for chimpanzee trekking safaris, Murchison falls and Queen Elizabeth National Park well known for wildlife safaris among other areas.
Running under the theme “Celebrating People and Culture” the expo featured cultural dance groups across Uganda which demonstrated various dance styles in different tribal groups of Uganda. The main aim of this Ugandan International Expo was to draw attention of Ugandans to their attractions so as to be part of those that undertake safari holidays in Uganda.
The issue of safari holidays being expensive to Ugandans were acknowledged and need to have affordable prices in terms of accommodation, transportation and park entrance fees has been noted and officials noted that when the opinion from the people about what stops them from visiting Uganda safari products is well explored, adjustments can be done.
Uganda safaris/Uganda safari News
Prime Uganda safaris & Tours Ltd